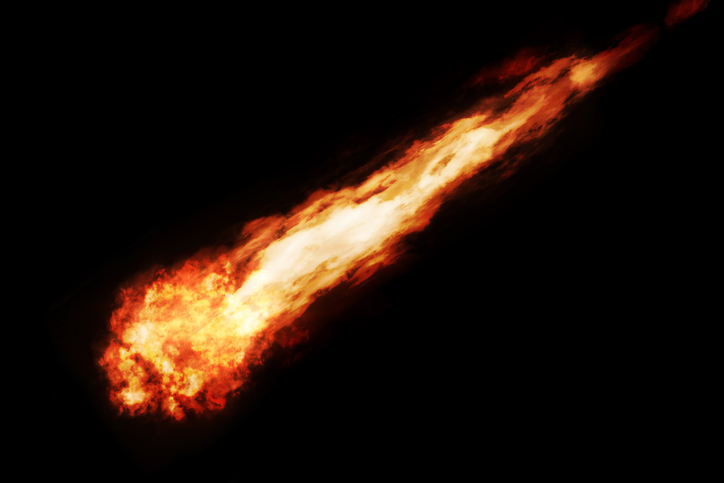 Nobody saw or was even aware of the fireball that exploded above the Bering Sea on December 18, 2018—until now. (The image above is a stock one.)

The scale: It’s the biggest blast since the meteor that exploded over Chelyabinsk in Russia in 2015—and the second-biggest in 30 years, says the BBC. It was 10 meters across, and the energy released as it exploded in Earth's atmosphere was equivalent to 173 kilotons of TNT.  That’s about 10 times bigger than the atomic bomb used on Hiroshima in 1945.

Discovery: NASA eventually found out about the blast from military satellites that spotted light it emitted when it exploded. The fireball was also spotted by Peter Brown at Canada’s University of Western Ontario, who announced his finding on Twitter. He looked at data taken from around 16 different infrared stations that were originally set up to listen for covert nuclear tests.

Rare: Lindley Johnson, planetary defence officer at NASA, told the BBC an explosion of this size takes place about two or three times every 100 years.