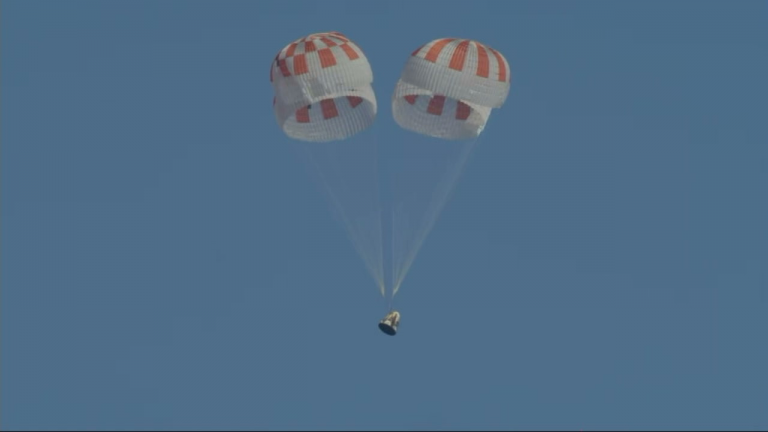 It’s returned to Earth after a successful uncrewed trip to the International Space Station.

We have splashdown! The Crew Dragon undocked from the space station at 2:32 a.m. EST this morning and started the journey back to Earth. At 8:45 a.m. EST, it landed in the water about 240 nautical miles off the coast of Florida in the Atlantic Ocean. That completes its short mission to the ISS, which put the module designed to carry humans to space to test for the first time.

What now: Recovery crews are in place, and Crew Dragon will be loaded onto the recovery ship. Then it’s time to look at the data. The Crew Dragon and its passenger, a dummy named Ripley, were jam-packed with sensors that’ll let NASA and SpaceX determine what changes still need to be made before astronauts get on board.

On deck: The abort system test is still to come for SpaceX; it will actually use the same capsule that just flew to space. The Demo-2 flight vehicle that will carry humans to space is still under construction. Boeing is up next to test its Starliner capsule. It’s currently on track to go through a similar trial in April.

Want to keep up with space tech news? Sign up for our newsletter, The Airlock.