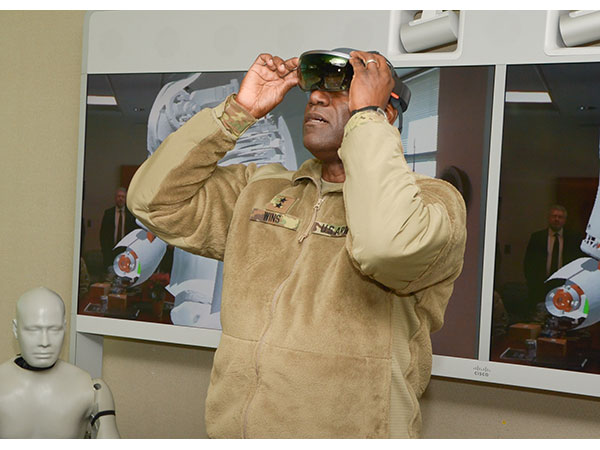 Over 100 Microsoft employees have signed an open letter demanding that the company cancel a contract to developed HoloLens augmented-reality headsets for the US Army.

The details: Microsoft won the contract to deliver 100,000 headsets back in November, with plans for them to be used in training and, in a world first, to help “increase lethality” in live combat. That seems to be the main focus of the group’s concerns.

The demands: As well as abandoning this contract, the employees want Microsoft to cease work on any weapons technologies. They also want it to appoint an independent, external ethics board. “We did not sign up to develop weapons, and we demand a say in how our work is used,” the letter states. They accuse the contract of turning warfare into a simulated “video game,” further distancing soldiers from the reality of bloodshed.

Timing: The letter came just a couple of days before Microsoft unveiled the second iteration of the HoloLens at the Mobile World Congress in Barcelona.

This story first appeared in our daily newsletter The Download. Sign up now to get your dose of the latest must-read news from the world of emerging tech.