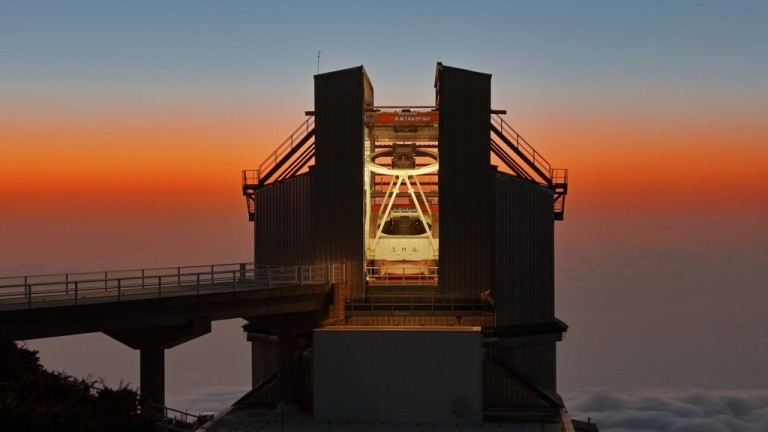 The mismatched densities of two huge worlds many light-years from Earth are hard to explain.

The news: Astronomers found that the drastically different densities of neighboring planets Kepler-107 b and Kepler-107 c (yeah, scientists don’t get as creative with names when there are thousands of exoplanets to work with) suggest that one was formed from a large impact.

The tech: The planets—which reside in a star system about 1,600 light-years away—were originally discovered by the now-retired Kepler space telescope. From nearly three years of observations taken with a spectrograph at Telescopio Nazionale Galileo, located in the Canary Islands (above), the researchers were able to determine the masses and densities of the two planets (if you want to dive more into how the calculations are done, check out this handy guide).

The findings: Both planets are about 1.5 times the size of Earth, but 107 b (which is closer to its star) is half as dense as 107 c, which has an iron core that makes up 70% of its mass. Therefore, the researchers believe a large impact between the two took the mantle layer off 107 c, leaving it only with its dense core. The research was published in Nature Astronomy this week.