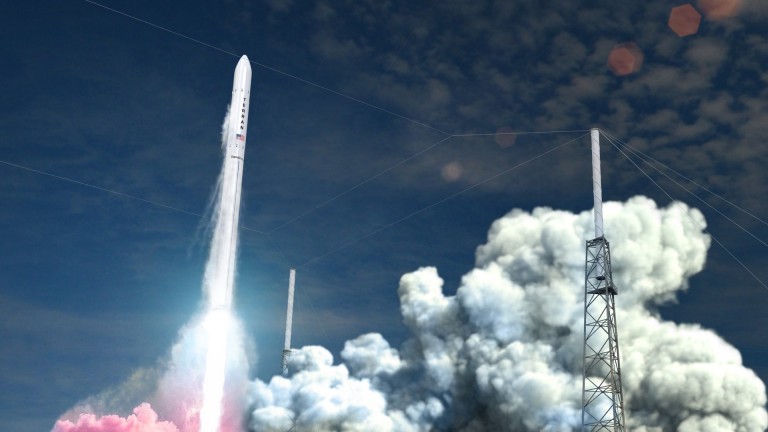 Until now, the only major companies with permission to launch from Cape Canaveral were SpaceX, United Launch Alliance, and Blue Origin.

The deal: Now startup Relativity Space, which was founded in 2015, is joining that exclusive group. The US Air Force has reached an agreement with the company to launch from Launch Complex 16 (LC-16) at Cape Canaveral Air Force Station, as well as to build any necessary infrastructure at the site. Launch Complex 16 was previously used for the Titan missile launches, the Apollo program, and the Gemini program.

Relativity's rockets: The company says it’s on track to test its Terran-1 rocket next year and begin commercial launches in 2021. The rocket will primarily be made using Relativity’s large metal printer, Stargate, which can make metal parts 20 feet (6 meters) tall and 10 feet wide. Terran-1 will be the company’s start rocket, carrying 2,755-pound (1,250-kilogram) payloads into low Earth orbit.

Why 3D-print a rocket? The process helps make rockets at a lower cost with fewer parts at faster speeds. It allows engineers to create designs that were previously not possible, letting them combine parts or simplify systems.

Relativity says the Terran-1 will take only 60 days to produce—much less than a typical rocket, which is made from about 100 times as many parts. Automating the process means most human labor costs are eliminated from the equation. While additive manufacturing still isn’t great for high-volume production, the aerospace industry is a low-volume, high-precision industry, making the technology ideal for constructing rocket parts.