A robot dog has learned to run faster with machine learning 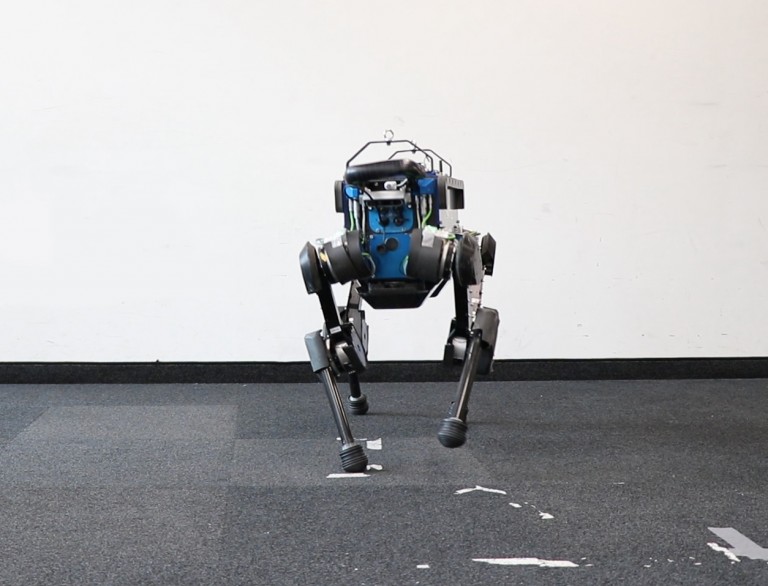 Reinforcement learning has helped a four-legged bot move a bit like a real animal, without having to be taught how to make each step.

The news: Roboticists want their creations to mimic animals because animals invariably move in the most energy-efficient way. But the eerily lifelike movement of robots like Boston Dynamics’ Spotmini is usually coded by hand. Now researchers have combined simulation with a technique called reinforcement learning to teach a dog-like robot called “ANYmal” to run faster and recover from falls. Crucially, it did so without any manual intervention.

Train at super-speed: The simulation let the team run training sessions 1,000 faster than real time on more than 2,000 ANYmals simultaneously. After the simulated training was transferred to a real robot, it was able to exceed its previous top speed by 25% and flip over after falls, the EFH Zurich team explains in a new paper published in Science Robotics today. It’s still pretty limited (as you’ll see above), but it’s a step (ho ho) in the right direction.

Uses: Besides keeping Jeff Bezos company? To be honest, there aren’t that many compelling practical uses at the moment, but the researchers say these sorts of four-legged robots could one day be used to inspect underground tunnels or carry heavy loads on construction sites.