Virgin Galactic has reached suborbital space for the first time 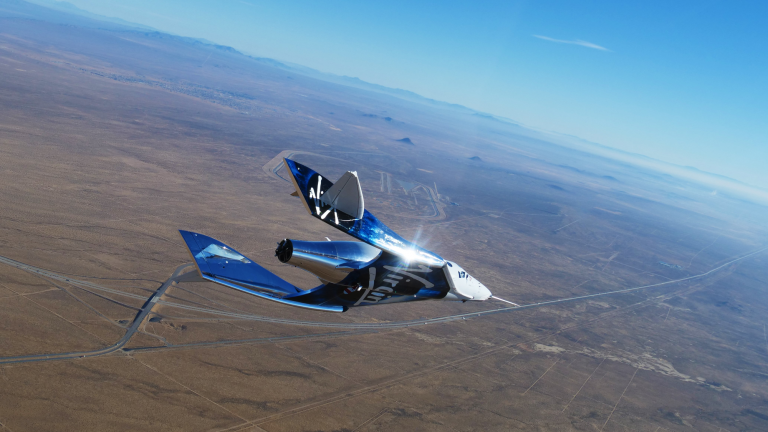 Fourteen years after the company’s founding, it’s finally made it to space—just.

The news: According to the company’s Twitter, SpaceShipTwo reached an altitude of 82.68 kilometers (51.4 miles), just high enough to pass the definition the US military and NASAhave set for the edge of space (and high enough for both pilots to get FAA commercial astronaut wings). But it didn’t reach the Karman Line, the common line used to represent the border between Earth’s atmosphere and space, 100 kilometers above Earth’s surface. NASA also flew payloads on the flight, making it the first revenue-generating flight for the company.

A personal record: This was the fourth powered test flight of the company’s SpaceShipTwo suborbital spaceplane (called VSS Unity) and its first since July. It reached this altitude—much greater than its previous record of 52 kilometers (32 miles)—by burning the rocket motor for 60 seconds, longer than it ever has in flight before.

The background: It’s taken many years of meticulous planning, design, and engineering work to reach this stage, not to mention overcoming huge setbacks. The previous iteration of the VSS Unity—the VSS Enterprise—was destroyed in a fatal crash in October 2014. Virgin Galactic is also racing Elon Musk’s SpaceX and Jeff Bezos’s Blue Origin to provide flights for wealthy space tourists.

What this means: This is a big deal for Virgin Galactic, which has been promising it would reach space “soon” for many years. But keep in mind, reaching suborbital space requires significantly less energy than orbital flight does. So while this a big achievement for the potential of space tourism, it’s on a very different level from what SpaceX and Boeing are attempting to achieve with their commercial crews next year.