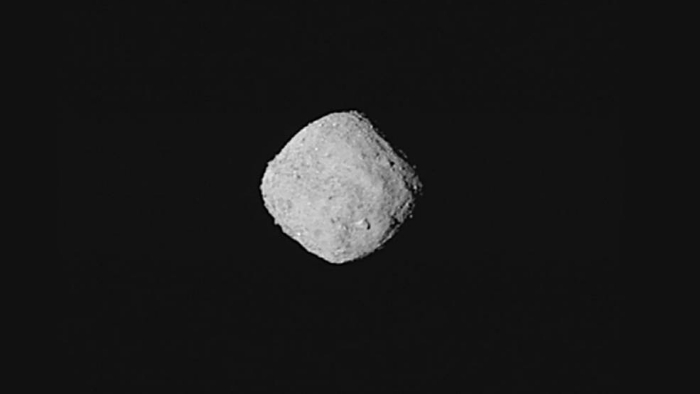 NASA’s Osiris-Rex spacecraft has arrived at the asteroid Bennu and will shortly start studying the rock, in the hope it can uncover clues about the origin of our solar system.

The news: The spacecraft reached Bennu shortly after noon US eastern time today, after a two-year journey. This is the first NASA mission with the aim of returning an asteroid sample. It’s also the smallest object any spacecraft has ever orbited.

The mission: It will survey the asteroid from an orbit of roughly one mile, before attempting to bounce off the surface in July 2020 and collect a sample, using nitrogen gas to shift rock and other materials so it can be grabbed by an arm mechanism. The craft has enough nitrogen gas for three attempts, if this first try doesn’t work. The Osiris-Rex (which stands for Origins, Spectral Interpretation, Resource Identification, Security-Regolith Explorer) is due to return the sample to Earth in September 2023.

All about Bennu: Bennu is a primitive, carbon-rich asteroid believed to be made up of leftovers from the formation of the solar system 4.5 billion years ago. Its orbit switches between those of Earth and Mars, making it what’s officially called a “near-Earth asteroid.” It is about 1,600 feet (488 meters) wide and most likely broke away from a larger asteroid between Mars and Jupiter a couple of billion years ago.