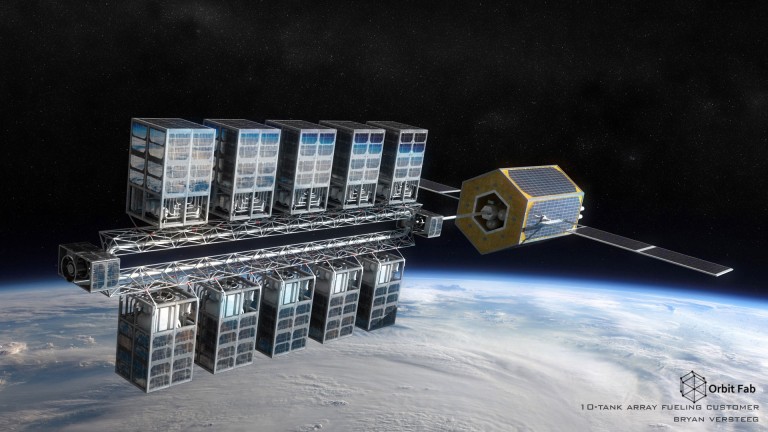 Fuel is heavy. And when you launch a satellite into space, the amount of fuel you give it determines how long it can stay operational. That is, unless you can refuel at a space gas station.

The news: Startup Orbit Fab is scheduled to launch an experiment to the International Space Station on board a SpaceX Dragon cargo mission tomorrow at 1:38 p.m. US eastern time. Its goal is to test the company’s method of fluid transfer in space. It’ll be launched alongside other scientific experiments to be performed by astronauts on board the station in collaboration with the ISS US National Lab.

The challenge: Refueling and repairing satellites in space requires some expert wrangling, as well as well as the launch of large quantities and types of fuel into orbit. Also, pumping new fuel into a satellite doesn’t work in microgravity the way it does on Earth. Fluids are harder to measure, and they float around their tanks unpredictably.

The test: The trial will be done using water, rather than fuel, and two small tankers. The company will be testing out its valve system, as well as studying fluid dynamics in space.

The future: The company’s long-term goal is to partner with satellite servicing companies to serve as the propellant supplier. If satellites were able to get a fuel resupply, it could allow them to serve their purpose for longer, and move away from the era of the disposable satellite.