These autonomous, self-assembling robots can join forces to solve problems 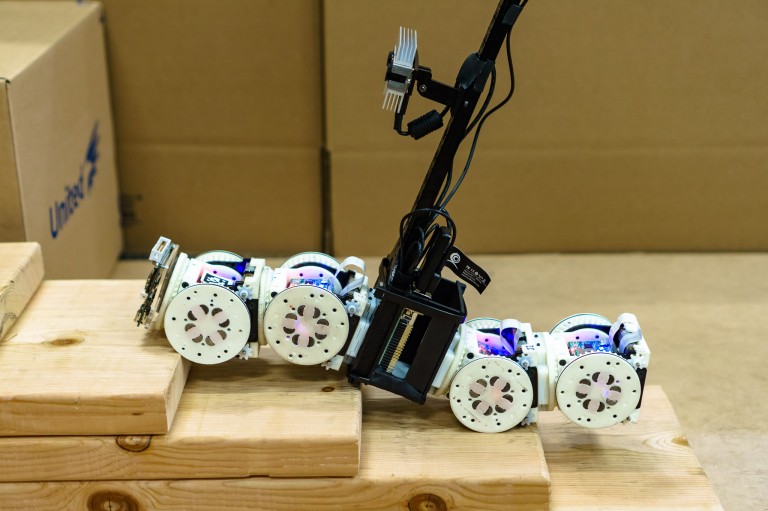 The robots can transform their physical form to carry out tasks in unfamiliar environments.

Clever little boxes: The SMORES-EP robots are three-inch-wide, cube-shaped wheeled modules that weigh about a pound. They include multiple cameras and a small computer to collect and process data from their surroundings.

How it works: Each of the robots is able to move independently and dock with the others to form larger systems. They can adapt from a wheeled robot into an arm able to lift and move objects, for example. The team placed a robot in three new environments where it had to work out where to look, what shape to take on, and how to assemble itself to complete a specified task. In one example it was asked to find a pink object and drop it off in a different location. This is the first time such modular robots have been able to successfully complete complex tasks in such an autonomous manner.

How about the real world? An obvious scenario would be exploring disaster zones for search and rescue, thanks to the robot’s adaptability. It could also be used to make deliveries or collect garbage. Another likely setting is within people’s homes, thanks to its ability to climb stairs or work its way around clutter. The research was published in Science Robotics.