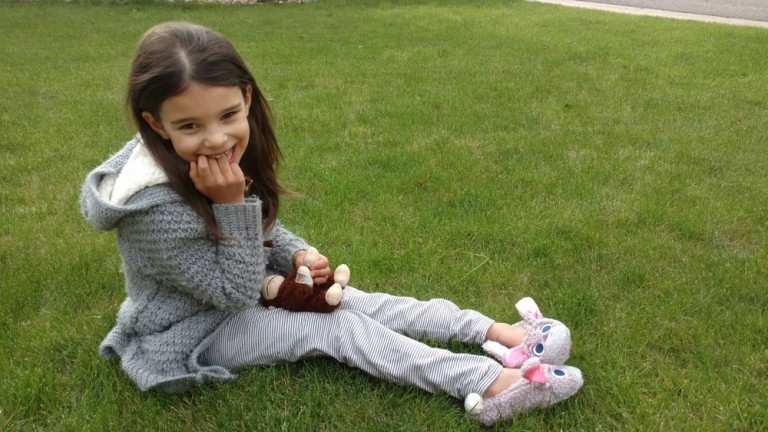 In a fascinating first, a child is receiving a genetic treatment customized to overcome a one-of-a-kind DNA error in her cells.

The patient: Mila Makovec (pictured above) loved skiing and biking, but then she fell ill with a super-rare form of Batten disease, which causes brain damage. After discovering the unusual gene error causing the six-year-old girl’s problem, researcher Timothy Yu of Boston Children’s Hospital believed he could create a treatment tailored to repair it.

The drug: Yu chose a type of drug called antisense. It’s a genetic molecule taken by injection that can alter the way a gene is expressed.

Fast turnaround: Most drugs are developed over years in large studies and eventually can benefit a lot of people. Not here. The scientists created the treatment just for Mila in under a year, and they call the drug “milasen” after her. In effect, it’s a one-person clinical trial.

Rare disease: There are about 7,000 known rare and ultra-rare genetic diseases. Some affect just a handful of kids, or even just one. This experiment suggests how, if DNA sequencing turns up a genetic error, matching treatments can be rapidly designed.

“There couldn’t be a stronger example of how personalized medicine might work in practice,” Steven Gray of the University of Texas Medical Center in Dallas, told Science, which described the treatment last week.

How is she doing: Mila’s isn’t cured—she’s blind and dosen’t speak—but the drug seems to be helping. “I have a daughter with a fatal disease. It’s about the hope and fight,” her mother, Julia Vitarello, said.

How much did it cost: The scientists didn’t say. But costs are a big question for tailored therapies like this one that aren’t covered by insurance. Mila’s family, whose foundation has raised almost $3 million, has helped pay for the effort out of their fund-raising. More details on Mila’s story can be found at Stat today.