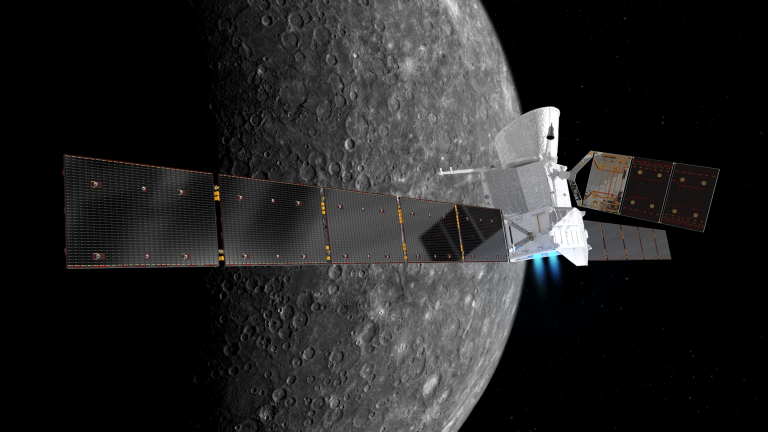 The spacecraft BepiColombo will take off today for a seven-year journey to the planet closest to our sun.

The team involved: BepiColombo, made up of two different probes created by teams from Japan and the European Union, will launch from French Guiana. It’ll be building on the information gathered by NASA’s Messenger probe, which finished its four-year orbit in 2015.

The journey: Although Mercury is relatively close to Earth, the craft will take seven years to get there, so that it can slow down and actually enter orbit. The mission will fly by Earth, Venus, and Mercury rather than take a direct path. (You can watch its full projected path here.)

What will the probes do? After arriving at Mercury, the two probes will split apart. Japan’s Mercury Magnetospheric Orbiter will analyze the planet’s mysterious magnetic field and how it interacts with solar winds. Europe’s Mercury Planetary Orbiter will focus on the surface of the planet, analyzing terrain, surface composition, and the layers of the planet beneath the crust.

Solving the solar system: Many of the Mercury’s features don’t match those of our other planetary neighbors. The planet has surprisingly a high density, and a previous mission also found an unexpectedly strong magnetic field. Getting the right data could help scientists figure out why Mercury has these attributes, which could help us understand how our solar system formed.