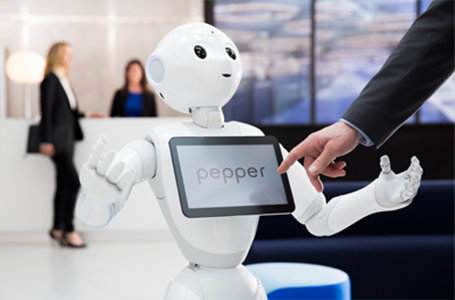 A UK committee has invited a robot to testify next week about artificial intelligence and robotics.

Bot of the hour: The robot in question is Pepper, a bot developed by SoftBank Robotics. It has made headlines before for its friendly, humanoid design.

Why it’s a horrible idea: As humorous as this new milestone may seem, the testimony could seriously mislead the public about the capabilities of artificial intelligence. In its current state, AI is not advanced enough to formulate original thoughts or improvise beyond what it is programmed to say or do in highly controlled environments. Unfortunately, the move has already caused confusion, with outlets like the Independent wondering whether “Pepper will be pre-programmed to answer the questions or if it will rely on artificial intelligence to respond.” To be clear, it will be the former. The latter is not yet possible.

Cheap tricks: The announcement is being criticized by the AI research community as a feckless publicity stunt. “Modern robots are not intelligent and so can’t testify in any meaningful way,” said researcher Roman Yampolskiy in an e-mail. “This is just a puppet show.” “A person or corporation is committing perjury by pretending a robot is giving evidence,” tweeted researcher Joanna Bryson, “or this is just a media circus not governance.”

Great responsibility: Public and private entities working to advance, deploy, and regulate AI and robotics have a responsibility to educate and communicate thoughtfully to the public about what these technologies can and can’t do. It also raises the possibility that those in the UK Parliament currently lack that understanding. Just don’t count on Pepper to substantively weigh in on that.