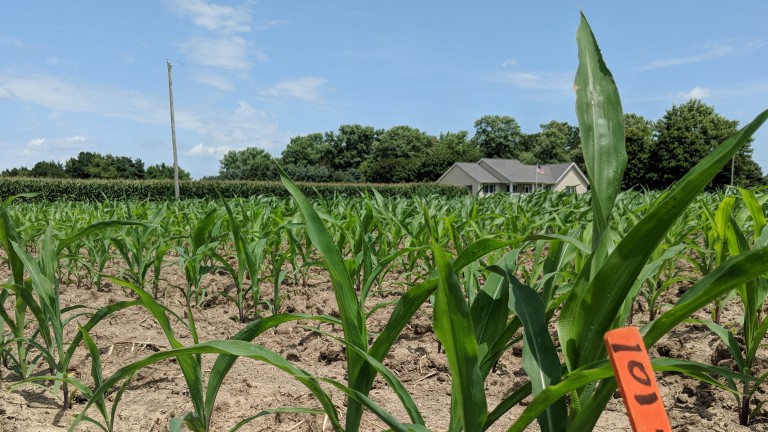 Pivot Bio just got a $70 million infusion from Bill Gates’s energy fund and other investors to launch its commercial product next year.

The science: The biotechnology company, based in Berkeley, California, is creating probiotics for plants. The firm’s researchers have identified microbes with a dormant ability to produce nitrogen, a crucial nutrient in synthetic fertilizer, and engineered them to reawaken and enhance it. For its initial product, Pivot Bio has created a liquid treatment for corn crops that can be applied when the seeds are planted.

The sell: In early field tests, patches treated with the microbes produce comparable yields to those relying on synthetic fertilizers. Pivot Bio’s pitch to farmers is that the product reduces work and complexity, because a single application takes less time than spraying multiple rounds of fertilizer.

The big picture: The larger concern is that manufacturing synthetic, nitrogen-based fertilizers produces a significant amount of greenhouse gases, contributing to climate change. Excess fertilizer adds to the problem, too, because it decomposes into nitrous oxide, itself a potent greenhouse gas. Fertilizer runoff also pollutes waterways, which in the United States has contributed to massive algae blooms and “dead zones” in the Great Lakes and Gulf of Mexico.

“If we can start reducing the pollution tied to fertilizer, then we’re literally cleaning up the planet,” said Karsten Temme, the company’s chief executive, in an interview.

The backers: Developing a product that could address those issues helped Pivot Bio land funding from Breakthrough Energy Ventures, the Bill Gates–backed $1 billion fund dedicated to advancing technologies that can curtail climate dangers.

Next steps: In addition to supporting the commercial launch, Pivot Bio will use the funding to develop a pre-treated seed product as well as microbes for other crops, including rice and wheat. The company is initially focused on US farmers but plans to target markets in Brazil, Argentina, and Canada as well.