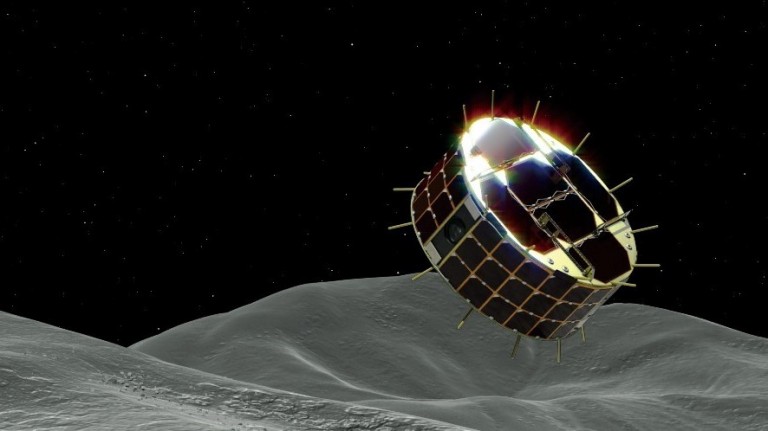 The country is the first to successfully land rovers on an asteroid’s surface.

The journey: The Hayabusa-2 spacecraft set out on its mission to the 3,000-foot-wide Ryugu asteroid in 2014 and finaly arrived in June this year.

The news: Two of the the mission’s four rovers were deployed from the Hayabusa-2, touching down on the asteroid today. The seven-inch-wide devices will be hopping around the space rock to take photos and temperature readings of Ryugu. (See a photo snapped as the rovers were coming in for a landing.)

What’s next? Over the next year, two larger landers will also be released onto the asteroid to collect data and rock samples. The Hayabusa-2 will then depart in December 2019, bringing the rocks back to Earth for researchers to study. “If we find water and organics are similar to that on Earth, it will be evidence that space rocks like Ryugu are how we all began,” Elizabeth Tasker of Japan’s aerospace agency told New Scientist.