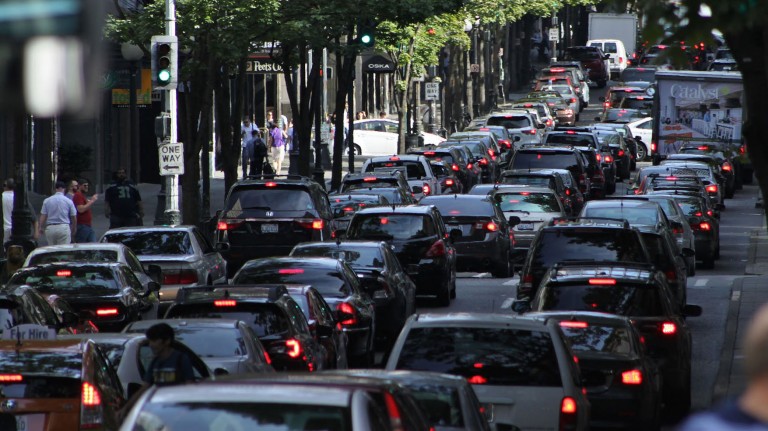 Ride-hailing firms have been accused of increasing congestion (among other things). Now Uber and Lyft are trying to combat this by showing traffic information in-app, and offering alternatives to car journeys.

The news: Lyft launched e-scooters and e-bikes in Santa Monica this week. Users there will soon get an update that will not only help locate the new transport options—but will offer up information on public transport routes too.

Uber is acknowledging that driving isn’t always the best option too. TechCrunch reports that the firm has started rolling out an update that shows riders color-coded traffic estimates, something drivers have had for a while. If you see a red map, walking or getting the subway might be quicker than waiting for an UberX. The data is pulled from Uber’s own historic data rather than Google, which currently powers Uber’s maps.

Why now? Both companies have been expanding their offerings beyond taxis for some time and face growing criticism that they are increasing traffic in cities. There may be ulterior motives. Uber’s update could encourage riders to patiently wait for one of its taxis rather than seek alternatives, for example. It’s hard to be confident these steps will decrease congestion, but it is at least some sort of acknowledgement from ride-hailers that they might just be part of the problem.