Uber is jumping into the scooter wars 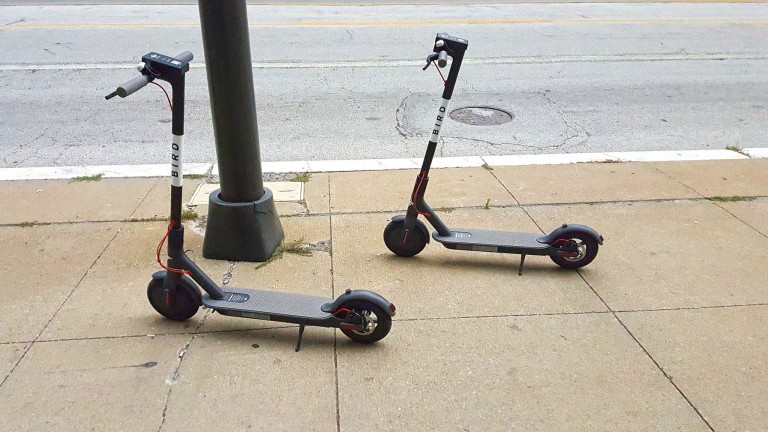 The ride-hailing giant is designing an electric scooter to rent out in cities, competing with services from Bird and Lime, according to Bloomberg Businessweek.

But Uber’s all about cars … The company recognizes that scooters and electric bikes are a smarter way to travel short distances within cities. “During rush hour, it is very inefficient for a one-ton hulk of metal to take one person 10 blocks,” Uber CEO Dara Khosrowshahi told the Financial Times recently. Uber acquired the electric-bike-sharing service Jump Bikes in April and invested in Lime, which rents out bikes and scooters, in July.

What’s next: Uber already lets people book Lime scooters through its app. But it clearly wants to operate its own scooter-sharing service. It has applied to do so in Santa Monica and San Francisco (using scooters it buys from China) and is reportedly developing its own scooter, which it hints would be sturdier and more resistant to vandalism.

Why it matters: Uber’s aggressive move into scooter-sharing shows it intends to dominate that market the way it cornered the ride-hailing business. Its entrance will affect everything from prices and competition to the way residents and local governments react to this new mode of transportation. But cities should benefit from less traffic and reduced carbon emissions if more people choose scooters over cars.