Why Uber put the brakes on its self-driving trucks 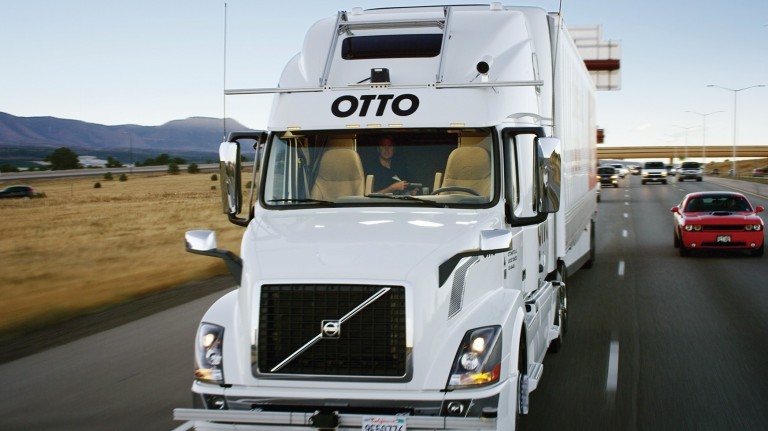 Yesterday Uber revealed it will be shutting down its self-driving-truck project. It’s been pursuing the technology since acquiring autonomous-trucking startup Otto in 2016.

Some background: It’s likely we will see self-driving trucks hit the roads sooner than  self-driving cars. Highway driving is easier than city driving for autonomous cars, making long-haul trucking a simpler challenge to tackle—and truckers easier to replace than taxi drivers. That prompted MIT Technology Review to pick self-driving trucks as one of our 10 breakthrough technologies of 2017. Otto’s cofounder Lior Ron even predicted last year that AI will be widely available in trucks within 10 years.

So what went wrong with Uber and Otto? A lot. Soon after Uber acquired Otto, Alphabet filed a lawsuit against the company for allegedly stealing trade secrets from its self-driving arm, Waymo. The lawsuit was settled in February for $250 million in equity. Then, just weeks later, one of Uber’s self-driving cars struck and killed a pedestrian.

The aftermath: Uber pulled its robotic cars from the roads and is now facing a tough path ahead. By shuttering its autonomous-truck division, it hopes, it can focus more of its attention on improving its self-driving cars. “We believe having our entire team’s energy and expertise focused on this effort is the best path forward,” Eric Meyhofer, head of the Uber Advanced Technologies Group, said in an e-mailed statement to TechCrunch.

The jobs impact: On top of all of that, Uber had to overcome a lack of trust in the trucking business. The industry is not very receptive to new technologies in light of worries about the people they could put out of work.

The future: Truckers shouldn’t let their guard down just because Otto has closed. While one of the major competitors has taken itself out of the race, companies like Tesla, Volvo, Peterbilt, and Daimler are still pushing forward with the technology.