A hydrogen-powered boat is touring the world’s oceans 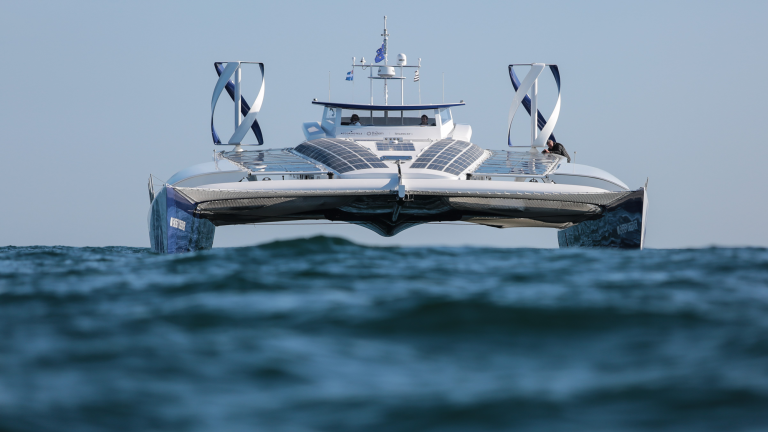 The ship is circling the planet without the benefit of fossil fuels.

The tour: The Energy Observer is a Toyota-sponsored vessel on a six-year global tour powered by solar, wave, hydrogen, and wind (yeah, this one isn’t that revolutionary) power. During that time it will visit 50 countries, including Italy, where it will stop today in Venice.

How it works: The ship removes the salt and ions from ocean water, and then separates it into its base elements: hydrogen and oxygen. The hydrogen is stored until it's needed for fuel. Solar panels and wind turbines supplement the power.

Why it matters: The crew is determined to show the feasibility of hydrogen power—which has struggled to find a practical and affordable everyday use—both at sea and on land. As the ship’s captain, Victorien Erussard, told Wired, “the idea with this ship is to prove a potential energy system of the future.”