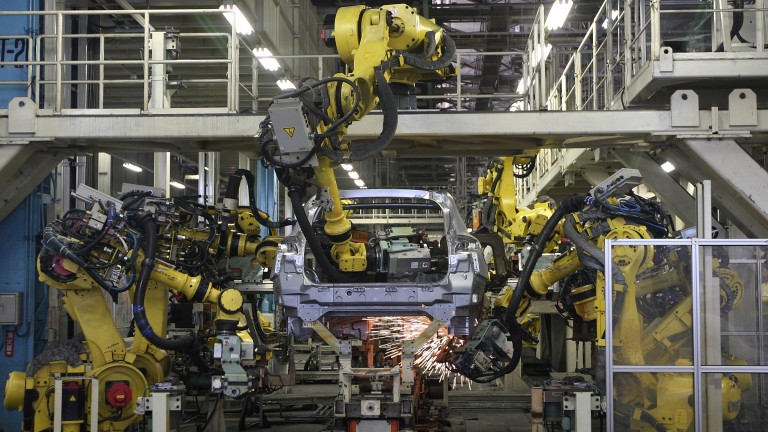 A new report by the International Federation of Robotics reveals that more than 380,000 industrial bots were sold in 2017—a 29 percent growth over the prior year.

Asia leads the pack: China had a massive 58 percent increase in industrial robots (robotic systems used for manufacturing) purchased year-over-year, coming in at 138,000 installed in 2017. That’s about a third of the manufacturing robots sold worldwide. South Korea, which has a higher density of robots than any other country, purchased 40,000 new bots last year.

Where does that leave the US? The US installed a comparatively paltry 33,000 robots. That’s still the most in North America, but it’s only a 6 percent rise from 2016. And even that small amount has already heavily influenced American politics.

Why it matters: These numbers show China is investing much more heavily in automation than the US, and it’s not slowing down.  North America’s slower pace could leave it in the dust as Asia puts the pedal to the robot metal.