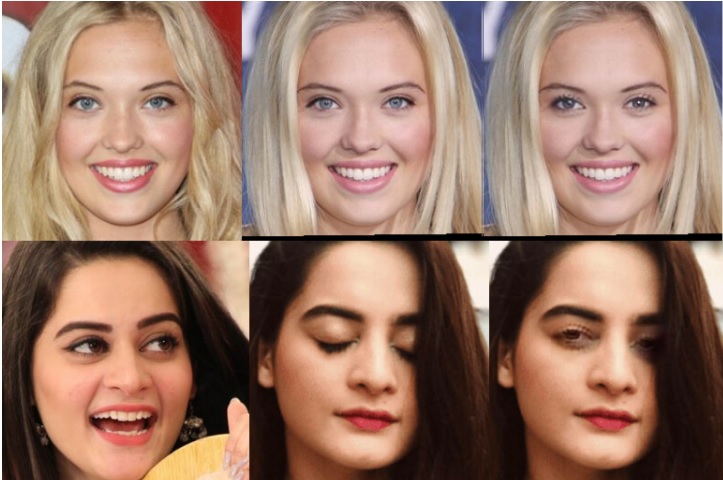 Facebook has demonstrated a neat, and slightly creepy, trick: its AI can now automatically open people’s eyes in photos.

Eye-opening: The technology could help save photos in which someone has blinked at the wrong moment. It shows how much easier it’s going to become to mess with images and video in coming years thanks to progress in artificial intelligence.

Dueling networks: Facebook’s researchers used what’s known as a “generative adversarial network,” which involves two dueling neural networks. One network learns from a data set (photos of open and closed eyes) and tries to generate synthetic examples. The other tries to tell fakes from the real thing, thereby pushing the first to create more convincing fakes.

Kinda creepy: In testing, Facebook’s eye-opening software often fooled humans, too. But the results can sometimes look a bit strange—if a person’s closed eyes are partly covered by hair, for example. This just goes to show that the underlying system has no idea what eyes actually are.