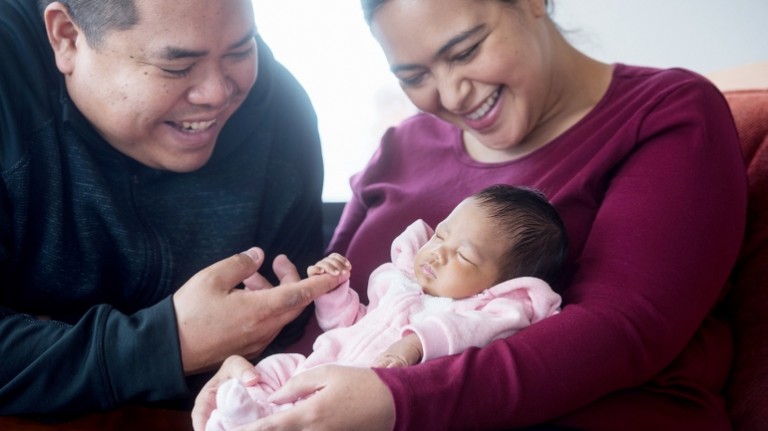 A baby who received an infusion of her mother’s stem cells as a critically ill fetus was outwardly healthy when born, suggesting a new way to treat disease before birth.

A deadly disorder: During the pregnancy, doctors detected swelling, severe anemia, and a lack of oxygen in the fetus. The life-threatening symptoms were caused by alpha thalassemia major, a genetic blood disorder. Most babies with the condition are stillborn or die soon after birth.

The procedure: A team at the University of California, San Francisco extracted bone marrow from the mother-to-be between the 18th and 25th weeks of pregnancy and isolated stem cells from it. They then injected the cells into the fetus’s umbilical vein, allowing them to circulate through the bloodstream and develop into healthy blood cells.

Healthy baby: The infant was born in February, four months after undergoing the stem-cell transplant (that’s her, pictured above with her parents). It’s too early to know whether the treatment is a cure, but doctors hope to use the approach to eliminate beta thalassemia, the more common form of the disease, as well as sickle-cell anemia and other serious genetic disorders.