Congo aims to stop its Ebola outbreak with an experimental vaccine 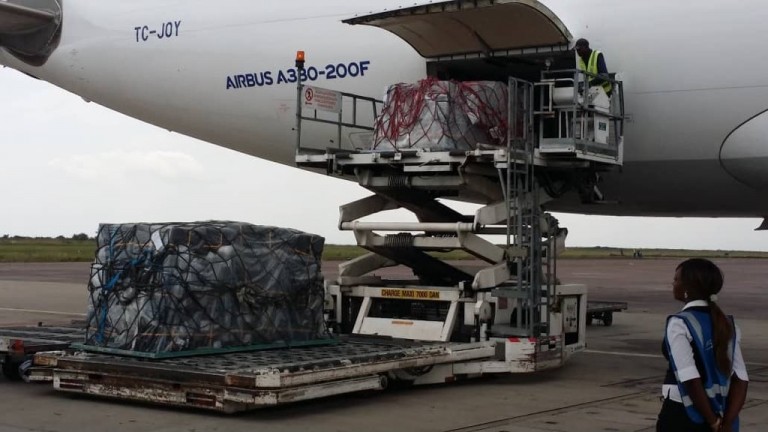 For the first time, health officials will use an experimental vaccine in an effort to stop an Ebola outbreak in its early stages. The last outbreak, in Guinea, Liberia, and Sierra Leone in 2014 and 2015, sickened nearly 29,000 people and killed  more than 11,300.

What happened: In its latest count, the World Health Organization (WHO) reported 42 Ebola cases, including 23 deaths, in the Democratic Republic of the Congo between April 4 and May 13.

How the vaccine works: Manufactured by Merck, it uses an animal virus that’s harmless to humans to carry a gene that makes an Ebola protein. No Ebola drug or vaccine, including Merck’s, has been approved yet by a regulatory agency, such as the US Food and Drug Administration.

Vaccine deployment: The WHO confirmed to MIT Technology Review that 4,300 doses of the vaccine arrived in Kinshasa on May 16 (pictured above). The agency said another 4,000 will be sent in the coming days, and more vaccines will be available if needed.

Real-time response: When the vaccine was tested in a clinical trial in West Africa in 2015, it appeared to be 100 percent effective at preventing the disease from spreading further—but at that point the outbreak there was already waning. This time, health officials hope the vaccine will be able to stop the deadly virus in its tracks.