AI is a poet, and knows it 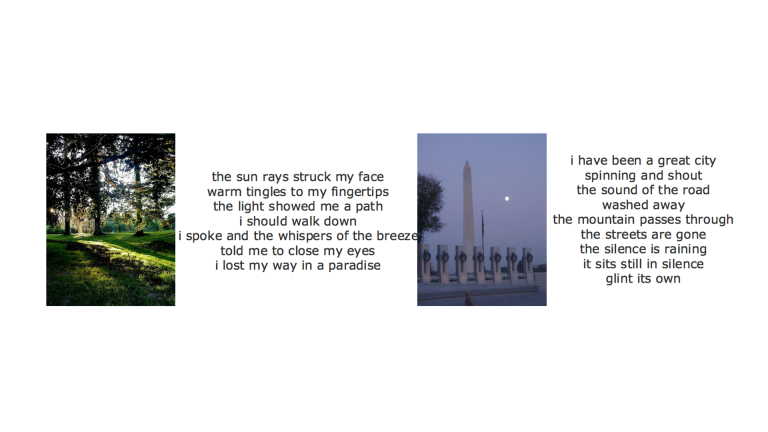 We’ve written about how AI is going to put radiologists and lawyers out of work, but now it’s coming for poets.

Background: Deep learning has gotten pretty good at generating text descriptions for images. So good, in fact, that researchers decided to take it a step further with a neural network that can create free verse using an image as the source of inspiration.

How it works: To learn how to use an image as its muse, an algorithm was trained on thousands of image/poem pairs. That algorithm was then teamed up with a generative adversarial network (GAN) to look at images and produce poems from scratch.

Results: In a kind of poetry Turing test with over 500 human judges (including 30 English majors who were considered “experts”), AI-created verse was evaluated against poems written by people. Let’s be honest here: the AI “poetry”(see above) reads like something by a particularly angsty teenager. But the English majors were only able to spot the automated poem about 60 percent of the time. The rest of the evaluators weren’t any better than chance at picking out the AI.