Solar industry jobs are set to grow this year, despite Trump’s tariffs 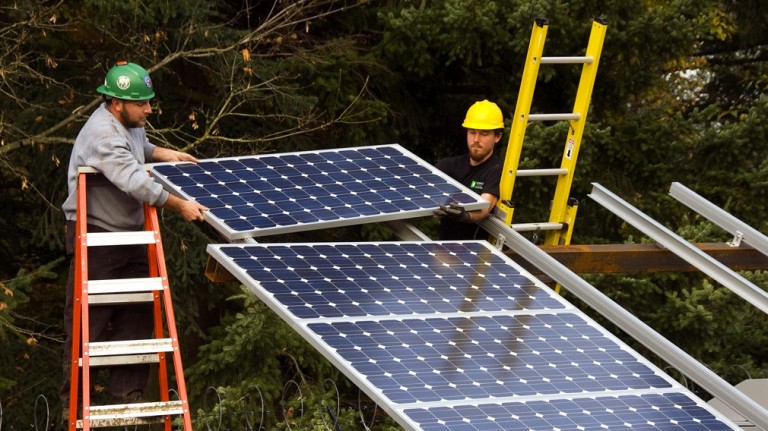 Despite fears that President Donald Trump’s solar tariffs would cause job loss in the industry, it appears the opposite may in fact be happening.

Slow growth: US solar employment dipped in 2017 in response to tariff threats. But the tariffs passed were not as extreme as originally feared, and although growth has been slowed, job numbers appear to have turned around.

A bright spot:  The Solar Foundation predicts an increase of about 13,000 solar jobs this year, pushing total employment to a record 263,300 workers. Originally, the Solar Energy Industries Association said that 80,000 solar jobs would be lost or fail to be created as a result of the tariffs.

Why? According to Bloomberg, the impact on jobs is not as dire because:

-Solar remains a growing industry
-The tariffs only last four years and weren’t as steep as expected
-Developers hoarded solar panels in preparation for the tariffs, so there’s still plenty of supply for new installations