Only 14 percent of the world has to worry about robots taking their jobs (... yay?) 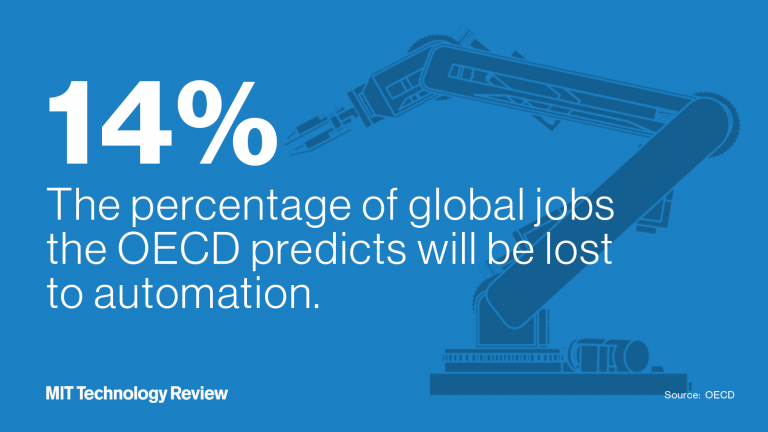 The Organization for Economic Cooperation and Development (OECD) has released a major report analyzing the impact of automation on jobs in 32 countries.

Clashing views: In 2016, the OECD said only 9 percent of US and worldwide jobs face a “high degree of automobility.” That was a contradiction of one of the most widely cited reports on the subject, by Oxford researchers Carl Frey and Michael Osborne, who in 2013 said that 47 percent of American jobs were at high risk of being consumed by automation.

What’s new: The OECD’s latest report says that across the countries analyzed, 14 percent of jobs are highly automatable, meaning they have over a 70 percent likelihood of being taken over by machines. In the US, the study concludes that 10 percent of jobs will likely be lost in this way. An additional 32 percent of global jobs will be transformed and require significant worker retraining.

The big “but”: As the gap between the OECD report and Frey and Osborne’s estimates illustrate, predictions like these aren’t known for their accuracy. In fact, when we compiled all of the studies we could on the subject, we found there are about as many predictions as there are experts.

This story first appeared in our future of work newsletter, Clocking In. Sign up here!