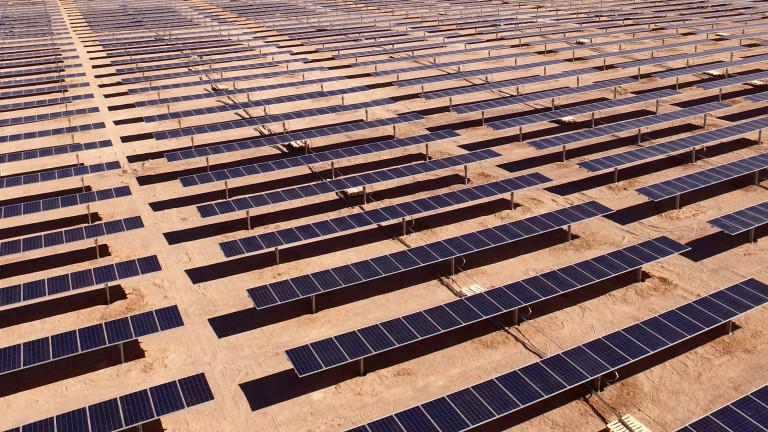 Costing $200 billion, the facility would generate 200 gigawatts of power—about 100 times more than any other planned solar plant.

The news:  Bloomberg reports that SoftBank CEO Masayoshi Son and Saudi Crown Prince Mohammed Bin Salman signed a memorandum of understanding yesterday to build the huge new solar plant. It would, in theory, be fully built by 2030.

By the numbers: Currently, the biggest planned solar facilities promise to generate up to two gigawatts of power. So 200 gigawatts is huge. It would also create 100,000 jobs and would more than triple the nation’s existing energy generation capacity of 77 gigawatts.

Why it matters: Saudi Arabia currently generates power almost exclusively from oil and gas, so the shift is required. A project of this scale is laudable, given our desperate need to do more to cut emissions.

But: It’s only a memorandum of understanding, which is a long, long way from being a working solar plant. As Prince Mohammed told Bloomberg: “It’s bold, risky, and we hope we succeed doing that.” Hope, indeed.