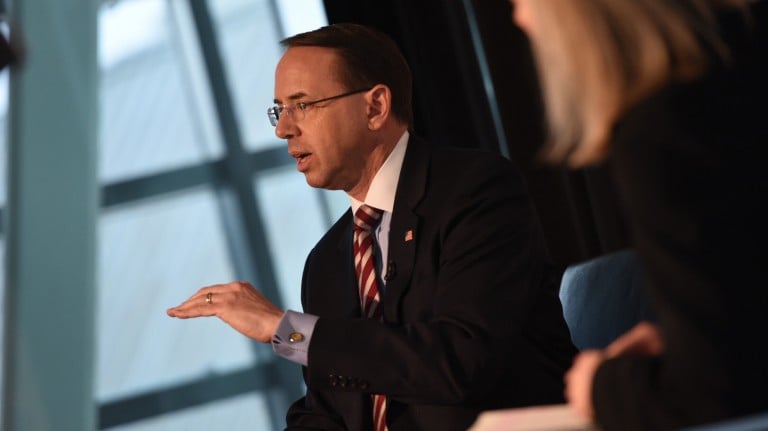 The attacks were a bid to steal masses of data and intellectual property.

The news: The Department of Justice has indicted nine Iranian hackers who worked for the state-funded Mabna Institute. They’re accused of hacking computer systems used by American academics in order to provide their government’s Islamic Revolutionary Guard Corps with details from that research.

By the numbers: The hackers broke into systems at 320 universities in 22 countries, including 114 American universities. They stole research that “cost the universities approximately $3.4 billion to procure and maintain.”

Sitting ducks? Announcing the news, Deputy Attorney General Rod Rosenstein, pictured, explained that “academic institutions are prime targets for foreign cybercriminals,” describing them as “marketplaces of ideas and engines of research and development.” But, he added, universities and other institutions must “emphasize cybersecurity, increase threat awareness, and harden their computer networks.”

Why it matters: Theft of intellectual property is a hot-button issue right now. Yesterday, Donald Trump announced new trade tariffs against China, citing a “tremendous intellectual-property theft situation” as a major motivation. Today’s news underlines how big a problem it seems to be.