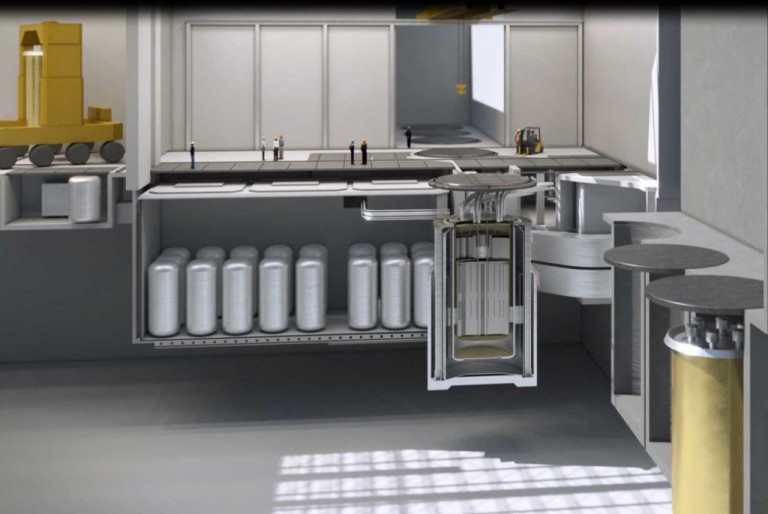 The US Senate has passed a bill that could accelerate the development of advanced nuclear reactors, providing a boost to technologies that promise to make nuclear power cheaper, safer, and easier to build.

Next stop, the Oval Office: On March 7, the Senate approved the Nuclear Energy Innovation Capabilities Act, which enables private companies to work directly with national laboratories to develop and demonstrate new reactor designs. A similar version of the bill has already passed the House, raising the odds that some form of it will soon make its way to President Trump’s desk.

Meanwhile, on March 8, the Senate’s energy committee passed the Advanced Nuclear Energy Technologies Act, which directs the Secretary of Energy to seal agreements with private companies to move ahead on at least four demonstration projects involving advanced nuclear reactors by the fall of 2028.

Why does it matter? Nuclear power is one of the few sources of clean energy that can reliably provide always-on power (unlike solar or wind), making it a crucial tool for addressing the growing dangers of climate change. But the industry has been severely constrained by high costs, huge project risks, and public concerns over safety and radioactive waste.

Emerging technologies like the small modular reactors being developed by NuScale Energy, for example, could decrease total costs considerably, making it far easier to secure funding for nuclear projects. Other startups, like Terrestrial Energy, are developing molten-salt reactors that should be safer and produce less waste.

What are they saying? In a statement, Josh Freed, vice president of the clean-energy program at the centrist think tank Third Way, said of the first bill: “We need the private and public sectors working together if we are to bring these important low-carbon technologies to market. This bill will move us a big step closer.”

The big picture: This is the latest example of what’s become a surprising amount of recent progress for clean-energy policies in the current political climate, following the passage of a bigger tax credit for carbon capture and storage technologies, and a Federal Energy Regulatory Commission order that promises to expand the market for grid storage.