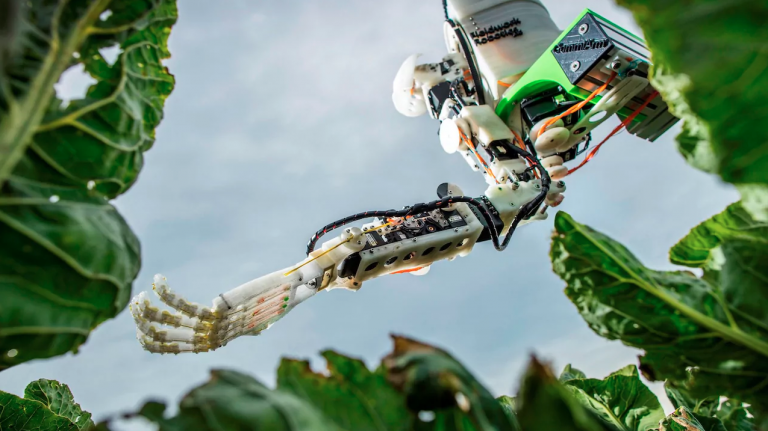 Meet GummiArm, the soft-handed robot that could fill in for a lack of human crop pickers—if British farmers can afford the cost.

The problem: The Telegraph notes that 40 percent of the growing costs for cauliflower, and similar crops like cabbage and broccoli, comes from harvesting in the UK. And that could rise, as crop-picking labor supply is set to decline in the country following Brexit.

Robots could help: University of Plymouth researchers say their GummiArm bot can pick up the slack. Computer vision allows it to work out which vegetable it should try to pick, while its hand can become more or less stiff to gently pick brassicas from their stems. It’s currently being tested in fields in southwestern England.

But: It’s unclear if robots are a solution to Brexit labor shortages—few farmers can afford the the high cost of such technology. It may be better to simply ensure that immigration rules don’t hit the labor supply of farms.