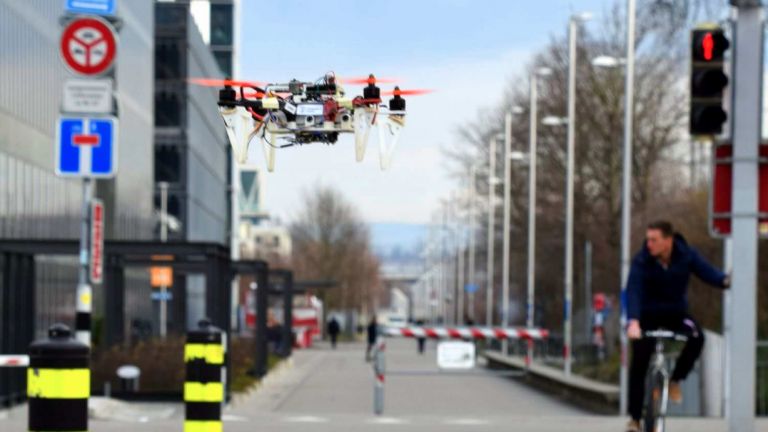 The problem: Autonomous cars use heavy sensors and computers to work out where they are and how to act. It would be good if drones could fly autonomously in a similar way, but they can’t haul much weight.

A solution: IEEE Spectrum reports that University of Zurich researchers built a lightweight AI that gives drones some autonomy. DroNet AI, which was trained on data from autonomous cars and GoPro-toting bicycles, runs on a simple processor. It analyzes images from a camera to provide speed and steering commands.

What it does: Drones using the software can fly through city streets by themselves—following road markings and avoiding collisions with obstacles.

Why it matters: If we’re to have drone deliveries hit city skies, it would be good if the aircraft could properly navigate by themselves. This research takes us a step closer to that.