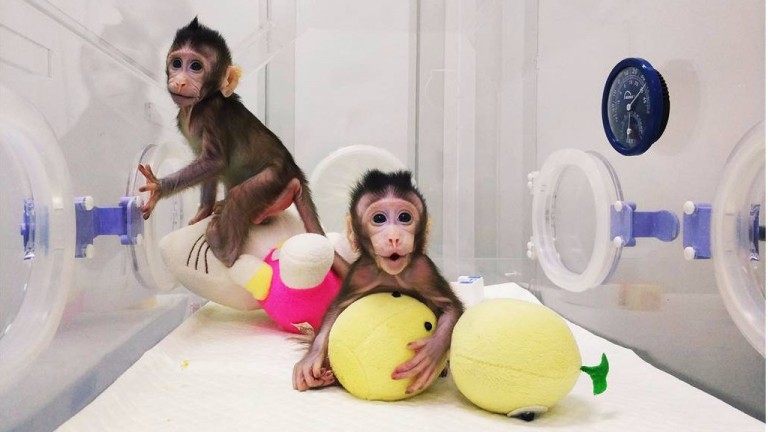 Chinese scientists say they’ve copied monkeys using cloning for the first time. The animals join a long list of cloned mammals that began with Dolly the sheep in 1996.

So, are humans next? We don’t think so. It’s far too risky and controversial—however tempting the idea of cloning a lost loved one might be.

More realistic goals: Instead, it’s likely that researchers will try to create cloned monkeys harboring mutations that cause specific human disease, like muscular dystrophy or autism. That could give us a way to try to treat those diseases in animals similar to us.