It’s Recruiting Season for AI’s Top Talent, and Things Are Getting a Little Zany 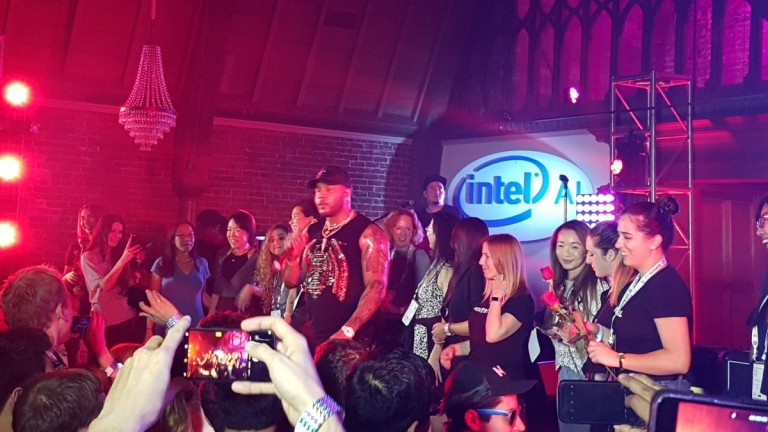 With annual salaries routinely passing $300,000, and some even entering the millions, being an AI superstar can be lucrative indeed. And at the Neural Information Processing Systems (NIPS) conference, currently under way in Long Beach, California, recruiting season is in full swing for an increasingly scarce resource.

Heavy hitters like DeepMind, Google, Airbnb, JPMorgan, and Intel have all descended on NIPS and are pulling out all the stops to attract the top talent. There are private parties (including the one seen above, featuring rapper Flo Rida), robot mascot costumes, and piles of free swag. As Chris Rice, head of global talent acquisition for Intel’s AI product group, told Bloomberg, “With talent this scarce, it can be hard to find people. You’ve got to reach out to people at events like this. This is the biggest event for AI for the year, so you have to be here.”

A new report out by Chinese technology company Tecent reaffirms the lack of supply. It indicates there are about 300,000 “AI practitioners and researchers” worldwide, but millions of roles available for people with these qualifications. As the Verge pointed out, these are speculative figures, and not much substance is provided on how the numbers were achieved, but they do line up with the skyrocketing salaries and frenzied recruiting efforts at what only a few years ago was a relatively sedate research conference.

This is not just a U.S. issue, either. European startups are finding themselves starved for AI talent as Silicon Valley giants scoop up their stars first. In order to relieve this shortage, some of the biggest names in the field are dedicating their efforts to creating new online training courses. As we have said before, tech giants could also try learning to share.