Facebook Wants to Get Kids Hooked While They’re Still Young 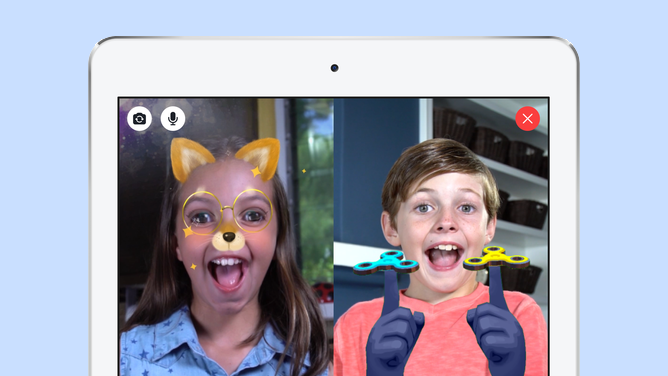 The social network’s next generation of users will be able to access its addictive digital offerings from the age of six.

Facebook’s newly announced Messenger Kids app is targeted at 6-to-12-year-olds and is said to be designed to create a safe way for youngsters to use social media. Parents can download the app, create a profile for their kids, and then choose which friends and family members the children can communicate with via the software.

It’s a savvy move to help bolster user numbers. Teenagers have been abandoning Facebook in droves for hip alternatives like Snapchat and Kik. Now, the social-media giant will be able to line up more young users—and perhaps score its next billion pairs of eyeballs for ads on its adult site somewhere down the line.

Facebook argues that unlike other apps, Messenger Kids aims to give parents the same kind of control over their kids’ digital worlds that they have over their real-world interactions. That’s a laudable goal, but there’s already plenty of debate about whether it makes sense to encourage young children to participate in social media at all.

Some studies have shown that kids who spend a lot of time online can be negatively affected by the experience—and youngsters are easily influenced and upset by online interactions. To address concerns, Facebook says it sought advice from a number of organizations, including the Yale Center for Emotional Intelligence, the Center on Media and Child Health, and the Sesame Workshop.

But it clearly recognizes that this is a controversial issue. In a post accompanying the announcement of the new app, Facebook’s public policy director, Antigone Davis, notes that there are “a lot of unanswered questions about the impact of specific technologies on children’s development.”

There’s also the risk that kids may be exposed to distinctly unsuitable content. Facebook has developed algorithms to scan for sexual content and violence, but parents won’t have the ability to monitor what their kids are being sent in real time.

The company says that when kids turn 13 it won’t automatically migrate them to the main Facebook platform. But it’s no doubt hoping that by embedding itself in their lives at such an impressionable age, it will leave children so addicted that they won’t be able to give it up. It worked on all us adults—so why shouldn’t it work on kids, too?