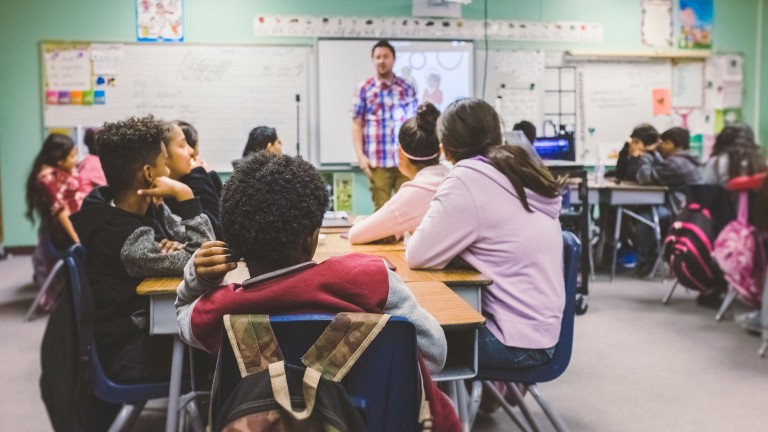 There are over 50 million students in public elementary and secondary schools across America—and for Silicon Valley, they look like potential customers. The question is, are tech firms selling products that really meet the educational needs of the children who end up using them?

The education technology market will reach a projected $21 billion by 2020, resulting in fierce competition and courting of superintendents by Silicon Valley companies. The New York Times reported Friday that some are resorting to tactics similar to those drug companies use to influence doctors, including flying school officials to conferences and paying them as consultants.

And sure, giving all students a laptop or tablet sounds like a good idea at first blush. But Julian Cortella, a teacher and former mechanical engineer, recently told Mother Jones that enthusiasts of classroom technology rely too much on untested assumptions. When million-dollar technology contracts are signed, some districts choose not to leave some schools without the new technologies to serve as a control group. That makes it difficult to assess the impact.

But such information could be crucial. The issue with rolling out technology in schools so fast is that the research struggles to keep up with the rapid developments, and schools feel pressure to use technology in situations where it’s not best suited. "I think there is no question technology can improve instruction," Patricia Alexander, an educational psychologist at the University of Maryland, tells MIT Technology Review. "Part of the issue is that you have a problem with smart technology around kids not being used smartly. It is not a problem with what the technology can do; it’s what they use it for."

Given the influx of technology into the classroom and the lack of clear data, Alexander believes teachers should themselves reflect on when, where, and how to use it. "Teachers feel obligated to use the technology because of the huge amount of money invested," she says. "I would advise teachers to decide to shift some tasks from digital into print. Give students the chance to see the difference for themselves."