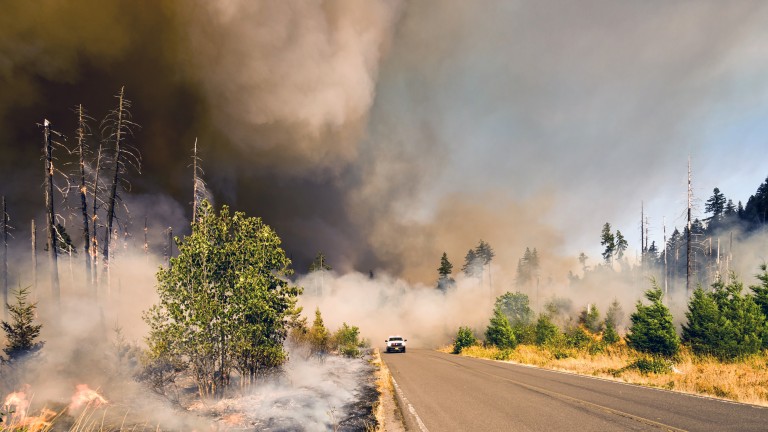 The Government Accountability Office says America has spent over $350 billion in the last 10 years on extreme weather and fire events, a total that could increase sharply as the effects of climate change worsen.

In a 45-page report, Congress’s bipartisan auditing arm explains that the bulk of that total stems from domestic disaster assistance programs and losses from flood and crop insurance. Those figures look set to rise, though, as floods, droughts, and other climate-change-exacerbated phenomena become more frequent. By the end of the century, America could be spending as much as $112 billion per year dealing with such events.

Forecasts of wider climate impacts are perhaps even more disturbing. By 2080, the report says, changes in labor productivity caused by a changing climate could put a $150 billion dent in the U.S. economy over a two-decade period. Increased mortality due to temperature rise could cost $500 billion over the same period. Reduced crop yields could cost the nation as much as $53 billion over the same 20 years. And, sadly, the list goes on.

The hope of the GAO, it seems, is that the Trump administration may take an economic argument like this seriously. From the report’s recommendations:

GAO recommends that the appropriate entities within the Executive Office of the President (EOP), including the Office of Science and Technology Policy, use information on potential economic effects to help identify significant climate risks and craft appropriate federal responses.

Trouble is, many of these effects will play out over a time period that may not bother the current president all that much—the most he could remain in office is only another seven years or so. So the impact of its findings may not be as strong as you’d hope.