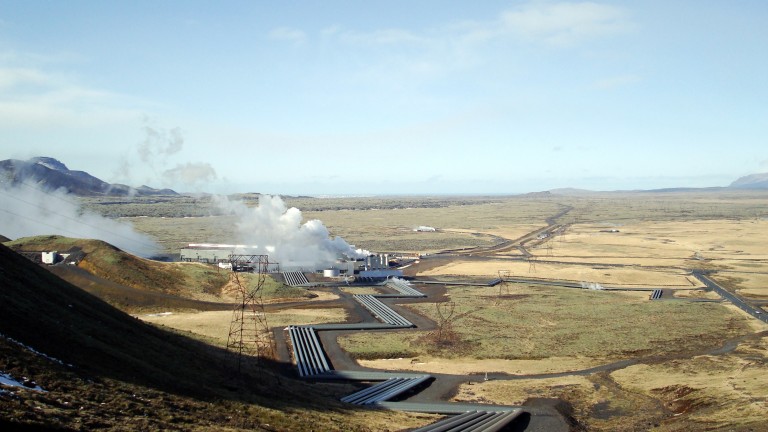 Just when you thought geothermal energy couldn’t get a whole lot greener, it went and did.

Quartz reports that a 300-megawatt geothermal power plant in Hellisheidi, Iceland (pictured above), now captures carbon dioxide and buries it as stone. Per unit energy, this facility produces about a third of the the carbon a coal-fired plant does. But plenty of what it does emit is now captured and buried deep underground. How? Well, a new negative-emissions system sucks in air to harvest carbon dioxide, then injects it into water. That liquid is then pumped into the depths, where it amazingly turns into rock.

The only barrier to wider use? Right now, that old niggling issue: cost. Petrifying the carbon dioxide as rock currently costs about $30 per ton, but sucking it out of the air is rather more expensive. According to Quartz, it could come down to around $100. That would make the whole system about commensurate with other forms of carbon capture and storage right now. But it will need to get far cheaper still to be an attractive proposition for widespread use in the future.

This post was updated on 17 October 2017 to clarify that the Hellisheidi power plant is not yet carbon-negative.