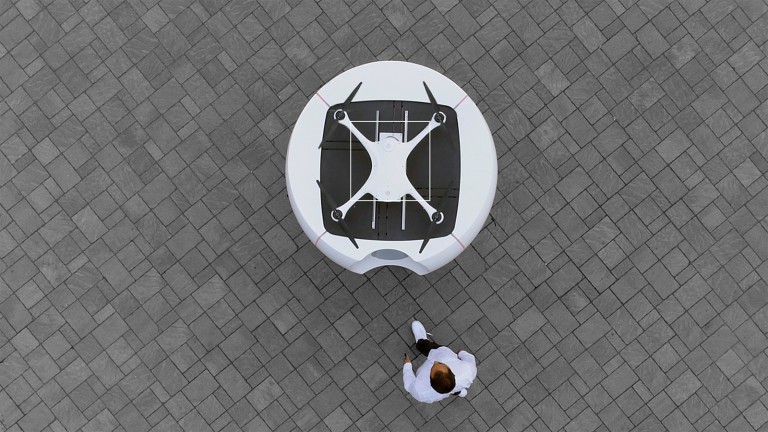 Swiss cities will soon have delivery drones zipping through their airspace. Drone startup Matternet has announced that it will start using a network of robotic quadcopters to make deliveries to hospitals in urban areas across Switzerland later this year.

The scheme, which is claimed to be the first to fly such deliveries over densely populated areas, makes use of an automated landing station to accept packages and release them to approved recipients. Senders pop goods into a purpose-designed packing case, which is then sucked into the base and maneuvered by robot arm into the drone. After the aircraft has flown itself to its destination, at the other end users must scan a QR code sent to their phone to grab the goods. You can watch a (painfully corporate) video of it in action, if you want.

Initially Matternet will deliver blood and pathology samples—not unlike the rural Africa service currently offered by Zipline that we’ve written about in the past. Other drone delivery trials have flirted with urban deliveries, but the closest that any company had really got until now was Flytrex, with its shipping of groceries across a bay in Reykjavik. Sadly for Americans, regulations still stand in the way of similar schemes on U.S. shores for now.