San Francisco Will Consider a Tax on Robots 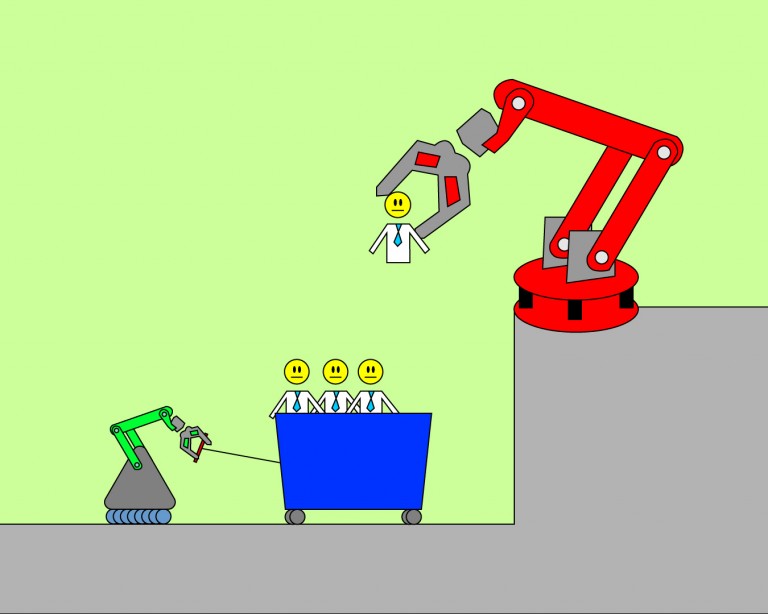 When robots steal our jobs, should they be made to pay taxes? That’s something residents of San Francisco are being asked to think about by Jane Kim, who represents the city's District 6 on its board of supervisors. She wants to find cash to help folks out with retraining or a universal basic income when robots take over their toils, and the suggestion for generating that money is a tax on robots.

San Francisco certainly isn’t stuffed full of robots right now. But it’s easy enough to imagine a none-too-distant future where autonomous taxis rule the roads and burgers are flipped by bots. In a context where robots are taking over directly from human workers, the idea seems to make sense. But similar suggestions in the past—most notably from Bill Gates—have been dismissed, in part because taxing robots disincentivizes companies from adopting them, leading to a failure to capitalize on increases in productivity that can stimulate the economy.

That’s not the only problem with the suggestion. “We’re still working on what defines a robot and what defines job displacement,” Kim admitted in an interview with Wired. “Announcing the opening of the campaign committee is going to also allow us to have discussions throughout the state in terms of what the actual measure would look like.” Kim is, in fact, fairly philosophical about the outcome of her initiative, seeing it more as a conversation starter about how to prepare for the future than a hard-and-fast plan.

In reality, it’s not clear what the best way to impose taxes on automation is. Earlier this year, the Economist weighed what such a thing might look like. Taxing capital investment in robots or the increased profits as a result of their installation, the two obvious ways to go about it, don’t seem to be a perfect solution, according to the magazine’s analysis.

There are other ways to tackle the problem that don’t focus on the machines, though: reducing tax on human labor, perhaps, or aggressively taxing the world’s most successful firms that make best use of automation. But it’s still unclear which would work best. Maybe initiatives like Kim’s will spur the kind of thinking required to get to the bottom of the problem.