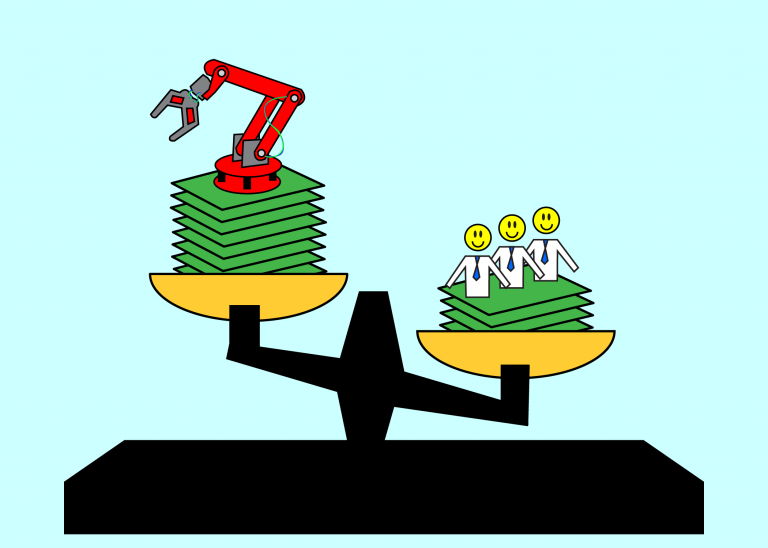 When the minimum wage goes up, the robots come for people's jobs. That's the upshot of a paper published today on the National Bureau of Economic Research's website (abstract, full PDF paywalled), which analyzed how changes to the minimum wage from 1980 to 2015 affected low-skill jobs in various sectors of the U.S. economy.

Federal minimum wage is currently $7.25 an hour, the same level it's been at since 2009. But 30 states have laws on the books that mandate a higher wage—it's $11 in Washington State, for example, and Seattle recently voted to phase in a pay hike that would bring it to $15 by 2022. Such measures are designed to ensure that "minimum wage" is the same thing as a "living wage."

Interestingly, a study of Seattle's new law, released in June, suggested that cuts to working hours meant people were actually losing as much as $125 a month.

The new analysis, by Grace Lorden of the London School of Economics and David Neumark at the University of California, Irvine, suggests that there's a similar negative effect among people who work minimum-wage jobs that machines can do. The researchers found that across all industries they measured, raising minimum wage by $1 equates to a decline in "automatable" jobs—things like packing boxes or operating a sewing machine—of 0.43 percent.

That may not sound like much, but we're talking about millions of jobs across the entire U.S. economy. And certain industries were affected far more than others—in manufacturing, an uptick of $1 in minimum wage drove employment in automatable jobs down a full percentage point.

Of course, we know that automation is already gobbling up jobs in the U.S. (see "Who Will Own the Robots?"). This latest study suggests that even wage policies designed to help America's workforce may instead be speeding up that process.