Why Are Safety Drivers in Autonomous Cars Dressing Up as Car Seats? 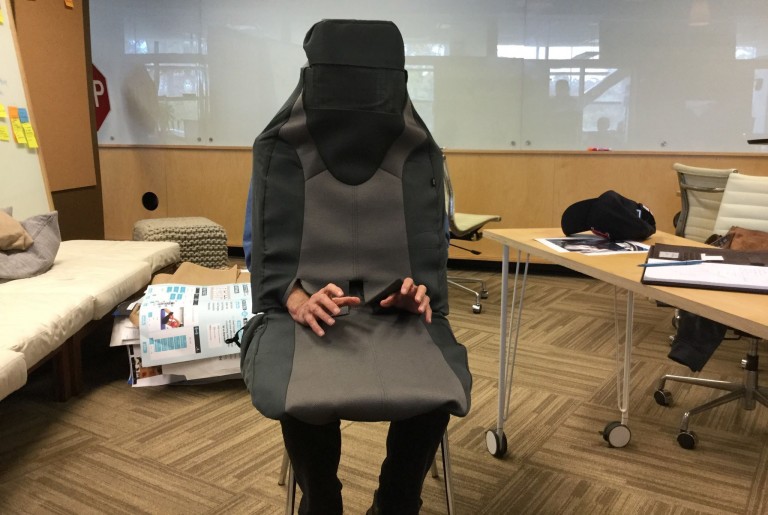 Dressing up as a car seat is catching on.

NBC's Adam Tuss yesterday pointed out that an autonomous car had been seen driving around Arlington County, Virginia seemingly without a human behind the wheel. Now, that's currently illegal, so some persistent reporting revealed that the vehicle was, in fact, part of a study by the Virginia Tech Transportation Institute. The researchers admitted that "the driver's seating area is configured to make the driver less visible within the vehicle, while still allowing him or her the ability to safely monitor and respond to surroundings."

It's not the first time that car seat costumes have been worn by autonomous vehicle researchers. Earlier this year, researchers from University of California, San Diego, were observed driving vehciles around campus. Their aim: to understand how drivers and pedestrians react to cars that don't appear to contain humans.

Findings from these kinds of experiments will feed into the development of autonomous cars and the way they interact with other road users. As we've reported in the past, one self-driving startup, Drive.ai, is already seeking to add warning systems to the outside of its autonomous cars so that they can communicate their intentions with pedestrians. Knowing how a pedestrian will react to the car in the first place will be an important part of tuning those warnings.