Australia had plans to prevent fire blackouts. They just weren’t ready in time.

Bushfires have shown how vulnerable modern infrastructure can be—but there are projects underway to boost isolated communities when power and communications fall down. 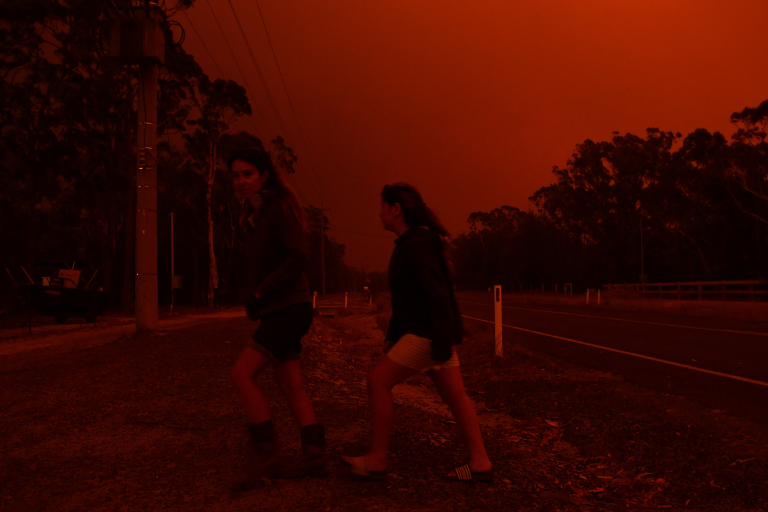 The news: Social-media companies should be forced to share data about their users and how they use their products as part of research aimed at reducing rates of suicide and self-harm among young...

Hand it over: The college, which represents psychiatrists working in the UK, has called on the government to compel Twitter, Facebook, and Instagram to hand over data to academics on the type of material users are viewing, and the amount of time they are spending on the platforms. Although most children and young people will be able to benefit from technology without negative effects, some may be vulnerable to compulsive use and potential harms, the report says. The college said any data shared would be anonymized (although this is trickier to guarantee than it sounds).

The context: The UK government is in the process of setting up up an online safety regulator, and the college says this body should be given the power to force companies to hand over data. It suggested this research could be paid for if a forthcoming 2% “digital services tax” on tech companies in the UK were extended to include international transactions.

Is this a good idea? Undoubtedly, it would be useful if researchers were able to get a better idea of what link, if any, there may be between scrolling through harmful social-media posts and self-harm or even suicide among young people. However, tech companies are unlikely to share this data. They have little incentive to, and could expose themselves to risks if they do: individual users could potentially be reidentified from the data, for example, or people might choose to take legal action as a result of the findings.

Almost two years ago, a pair of Apple investors wrote an open letter to the company calling for it to do more to protect children from the supposedly damaging effects of digital technology. Not much changed as a result. And it’s worth remembering that for all the panic about screen time and children, there’s still remarkably little evidence of a causal link with poor mental health. In other words, kids who are more depressed and anxious could be choosing to spend more time on their smartphones, rather than the phones causing them to be more anxious and depressed.

The news: The European Commission is considering a ban of facial recognition in public places for up to five years, with exceptions for research and security projects, according to a white paper draft...

Microsoft will invest $1 billion into carbon reduction and removal technologies

The software giant plans to offset all the emissions it produced since 1975.

Sorry if it blocks your views.

01.
China’s giant transmission grid could be the key to cutting climate emissions
Nov 2018
02.
How a town destroyed by fire is trying to make itself fireproof
Jul 2019
03.
The US government has approved funds for geoengineering research
Dec 2019