A tangled web of espionage may point to an intimidation campaign by the powerful Saudi Crown Prince. 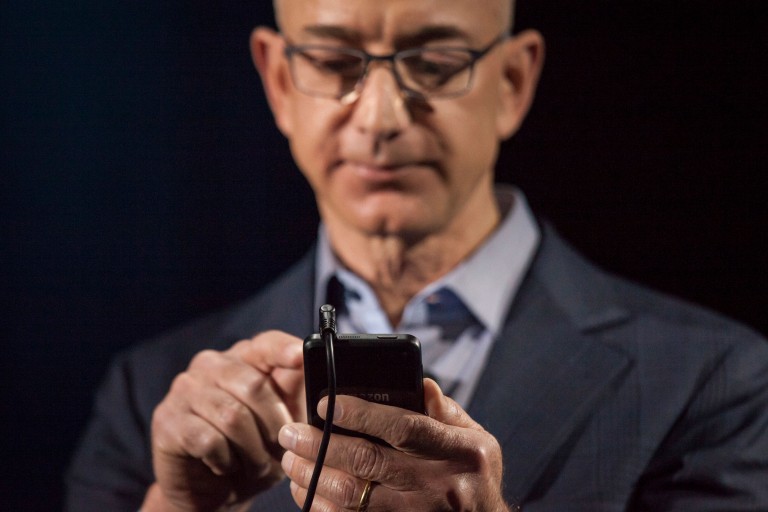 Is the consumer genetics fad over?

The CEO of 23andMe told CNBC her company will lay off 100 people as sales of its direct-to-consumer gene tests slump. ...

“This has been slow and painful for us,” CEO Anne Wojcicki told the website, which estimated the cuts would pare about 15% of the company's staff.

Boom times: Sales of DNA tests that tell people their ancestry and health facts started booming a few years ago, propelled by TV and Internet ads hawking the promise that people could gain unique insights from their genes.

During 2018, the total number of people who had ever bought the tests doubled, swelling the databases of 23andMe, Ancestry, and several smaller companies to over 26 million people all together.

The bust: Now, all signs are that sales of the $99 consumer tests slowed dramatically in 2019.

Our own calculations suggest the largest companies in the space sold only four to six million of them, meaning the databases would have grown by just 20% during the year. That would have been the slowest growth rate for the DNA test industry ever.

Uncertain causes: It's not clear why consumers stopped buying tests in droves. It could be that the market is tapped out, and there aren't many people left curious to learn what percent French or Nigerian they are, or whether they are at risk for going bald.

Others may have concerns about their DNA data staying private, since police have started accessing smaller ancestry databases to carry out genetic manhunts.

Ancestry, which maintains the largest database, of more than 16 million people, did not answer questions about whether it had seen a sales slowdown. Last year, Ancestry introduced new health offerings in what some analysts saw as a bid spark a "re-testing" market, or coaxing consumers to pay for an additional test.

Virus in Chinese outbreak is closest to one from bats, not snakes

Researchers say the virus spreading through China is in the same family as SARS and closest to one found in bats....

Discovery: Today, researchers led by Zheng-Li Shi at the Wuhan Institute for Virology posted a paper describing the virus in detail for the first time, including a picture of the virus infecting cells.

The new virus, dubbed nCoV-2019, is in the same family as SARS—a coronavirus that caused global mayhem starting in 2003—and even uses the same receptor to hack into a person’s lung cells, Li’s team found.

Outbreak: The current epidemic, which started in mid-December, has already affected more than 500 people, killing several. It may have originated in an animal market in Wuhan, a city of 11 million that Chinese authorities have put under quarantine.

Viruses can make the jump from animals to humans, especially when wild animals are kept and sold in food markets, as is alleged to be the case in Wuhan.

Gene detectives: It didn’t take long for researchers to grab the genetic sequence of the virus and blast it against big gene databases to see what other germs it is most similar to. Already the virus has been collected and decoded from at least 24 victims in Wuhan, Shenzhen, and other cities.

Snake snafu: Another Chinese team this week claimed the virus could have come from snakes, but that widely reported finding already looks like a mistake. The new analysis shows its genetic makeup is 96% identical to that of a coronavirus found in bats. “I would be very surprised if this were a snake virus,” says Timothy Sheahan, a virologist at the University of North Carolina. Bats were also the ultimate source of SARS, scientists believe.

NASA has announced the first 16 science and technology payloads it plans to send to the moon next year. As a part of the Commercial Lunar Payloads Services (CLPS) program, the instruments will be...

Laying the ground work: Before humans set foot on the moon in 2024 (or later, probably), NASA wants to do a little prep work. The agency hasn’t run any on-the-ground research on the moon since the Apollo program. It’s never landed at the South Pole, a place that’s supposed to be a treasure trove of water ice reserves that could prove useful to human exploration efforts in the future (and where Artemis is focusing its efforts). And there are a ton of new spaceflight technologies it wants to test out before the real deal.

The payloads: There are too many to list, but the most interesting ones are critical for helping us land humans on the surface, or could give us a better clue of where the water ice is and how we can access it.

They include the laser retro-reflector array (LRA) and Navigation Doppler Lidar for Precise Velocity and Range Sensing (NDL), which are meant to provide precise data for landers trying to touch down on the surface, and the Neutron Spectrometer System (NSS) and the Neutron Measurements at the Lunar Surface (NMLS) instrument, designed to detect the presence of water near the lunar surface. The Stereo Cameras for Lunar Plume-Surface Studies (SCALPSS) experiment will study surface plumes created during a lander’s descent, to help engineers build better vehicles for the moon and Mars.

How will they get there? NASA is bullish about the fact that it wants to use Artemis as a launchpad for opportunities for the private space industry. Astrobotic is building the first lander, Peregrine. It will carry 11 payloads to the surface and be launched on a United Launch Alliance rocket.

The second lander, called Nova-C, is being built by Intuitive Machines. It will carry five payloads and be launched on a SpaceX Falcon 9 rocket. Both missions will launch in 2021.