Solar panels are basically synonymous with silicon. The material is used in about 95% of the panels in today’s market. But silicon solar cells are limited in how much energy they can harness from the sun, and they are still relatively expensive to make.

For many, compounds called perovskites have long held promise as potentially cheaper, lighter, more efficient solar materials. But despite the excitement—and a flurry of startups to commercialize the technology—some experts caution that perovskite-based solar cells could still be nearly a decade away from having a significant commercial impact, if it ever happens.

Though recent studies on perovskite cells have shown progress in key metrics like efficiency, the reality is that the materials may still be far from being able to withstand real-world conditions.

“I think the [perovskite] community as a whole is projecting a misleading impression that things are about to go commercial,” says Martin Green, a solar materials researcher at the University of New South Wales in Australia.

Perovskites are a family of synthetic materials that efficiently absorb sunlight and are relatively easily used to coat surfaces, creating cheap solar cells that can harness energy from the sun and transform it into electricity. 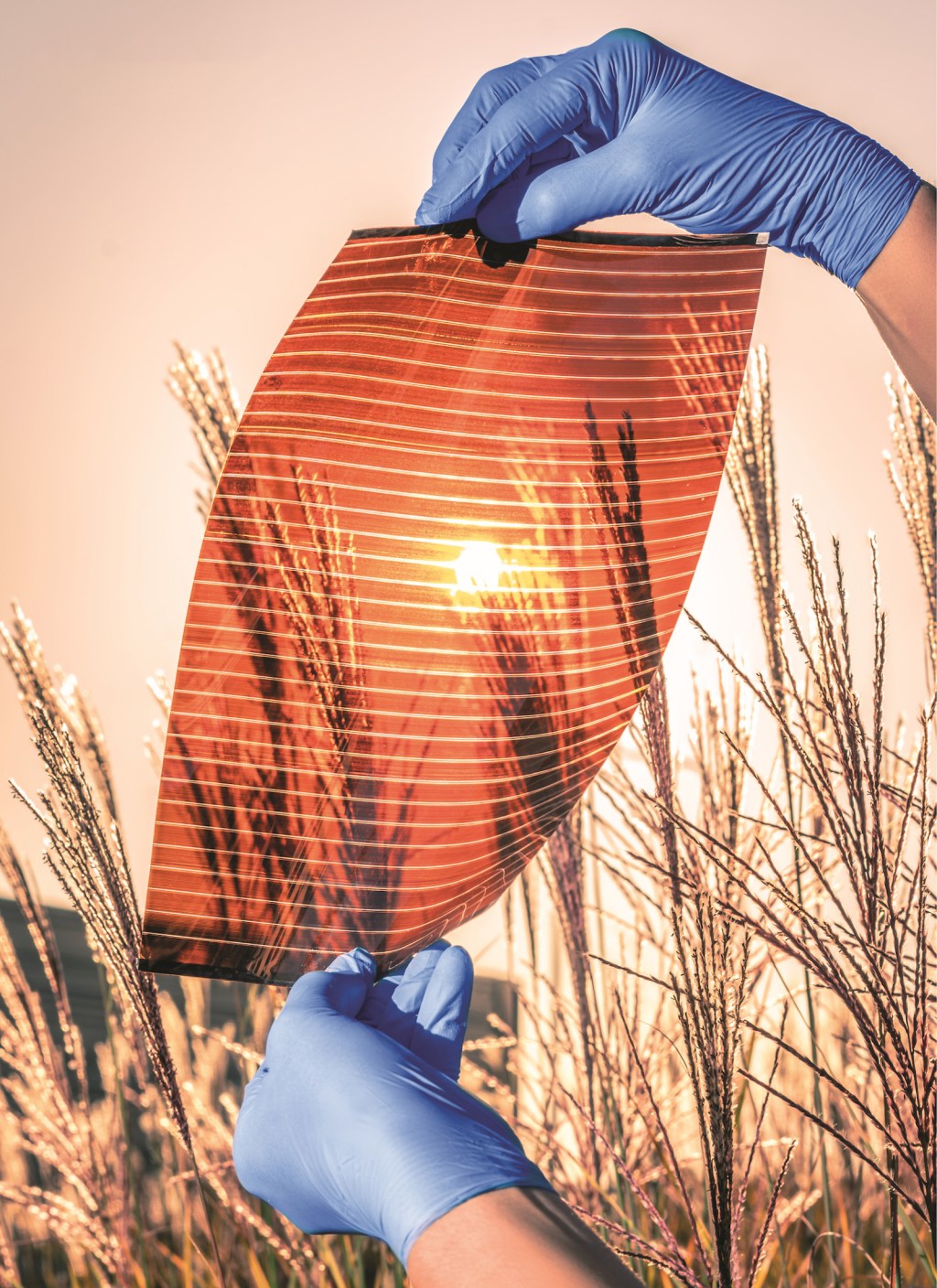 Can the most exciting new solar material live up to its hype?

Perovskite promises to be less expensive and more efficient than silicon—and several companies say they’re close to producing it at scale.

While silicon has a head start in the key metrics that researchers use to evaluate solar materials, perovskites are quickly catching up. That’s especially true for efficiency—how much energy from the sun a cell converts to electricity. Both silicon and perovskites have recently set records above 25%.

The quick progress in work on perovskites has led to a large influx of researchers hoping to exploit the materials. Scientific papers have heralded new achievements, and the funding has followed. The US Department of Energy, for example, offers a startup prize for perovskite businesses.

But despite the hype, there are a couple of key reasons why your next rooftop solar installation probably won’t be powered by perovskites. At the top of the list: they’re too fragile.

True, they’re sturdier than they once were. Perovskites used to fall apart in the time it took researchers to carry a newly made sample across the lab to be tested. “That hasn’t been true for like a decade,” says Joseph Berry, a perovskite researcher at the National Renewable Energy Laboratory.

But stability remains a tough challenge.

In one recent study, published in Science in April, researchers discovered a new way to build perovskite solar cells with additives that improved efficiency and lifetime. The cells withstood 1,500 hours of high heat and humidity in the lab.

The problem is translating these results into the real world. It’s hard for researchers to simulate real-world conditions, and silicon has set a high bar, with many manufacturers guaranteeing that their panels will maintain 80% of their performance for 30 or even 40 years.

In recent field testing, researchers found that perovskite-based cells performed at over 90% of their initial levels after a few months. But losing nearly 10% of a cell’s performance in that time span isn’t going to cut it.

Another wrinkle is that these tests have all been done using tiny cells. Scaling up perovskites and making the larger cells that can be strung together into full-size solar panels often leads to setbacks in efficiency and lifetime.

These challenges mean the day when perovskites take over solar markets isn’t as close at hand, or inevitable, as some researchers make it out to be, Green says.

Fine-tuning perovskites with methods like adding stabilizers and materials that protect them from the elements could eventually enable these solar cells to last a couple of decades in normal operating conditions, says Letian Dou, a perovskite researcher at Purdue University. But he predicts it will be a decade or more before perovskites make meaningful commercial progress.

Despite the challenges, there is a real need for different types of solar cells. That’s especially true now, when demand for solar materials is exploding, says Jenny Chase, head of solar analysis at BloombergNEF.

And perovskites wouldn’t necessarily have to compete directly with silicon, because they can be used in tandem cells, where a perovskite layer is stacked on top of a silicon cell. Because the two materials capture different wavelengths of light, they could complement each other.

None of that is likely to happen unless someone can make perovskite solar cells that are far more stable. But certainly, researchers are not giving up on the promise. As Green puts it, “There’s still a chance that someone will really nail it.”