Midnight, 6 a.m., 8 a.m., 8:30 a.m., 9 a.m.: these times are ingrained in Queeny Song’s mind. For over a week in April, the 24-year-old Shanghai resident had to get her phone out at these five points every day to refresh a different grocery delivery app in hopes of grabbing a hard-to-get delivery slot.

During Shanghai’s ongoing month-long lockdown, these online grocery apps have been a lifeline for stranded residents. Song says that about 60 to 70% of her groceries have been purchased through online apps since the lockdown began. Without them, she would have run out of food.

The Shanghai lockdown is the latest stage of a two-year roller-coaster ride for the online grocery industry in China. Its rise and fall and rise again has mirrored the tightening and loosening of China’s covid-19 restrictions: apps like Dingdong, Alibaba’s Hema, and Meituan’s Maicai have struggled whenever lockdowns are relaxed.

Now, as China continues with its zero-covid strategy, the harsh lockdown measures have given the industry another chance to shine after a year of disappointing business returns. Whether it continues to succeed when things are back to normal is another question.

The rise and fall of online grocers

Around 2015, Chinese tech companies, including Alibaba, started experimenting with ideas to incorporate grocery shopping into the country’s thriving e-commerce landscape. It wasn’t until 2018 and 2019 that the industry really began to take off, with dozens of new startups competing for attention and investments. But growth was modest; startup failures were common.

It was the first nationwide lockdown in China, in the first few months of 2020, that really supercharged the industry’s growth. As Chinese people first began to grapple with what it meant to be sheltering in place, they relied on these apps, most of which launched in 2018 and 2019, to have their supplies delivered.

It soon grew into one of the hottest new tech industries in China, with venture capital funding pouring in and tech giants like DiDi and Meituan eager to take a slice. A February 2021 McKinsey report predicted that “online grocery shopping will likely be one of the most contested and contentious consumer facing sectors in China in 2021.”

And contested it was, as players in the market were not afraid to spend: according to an anonymous executive at the now-defunct Chengxin Youxuan, the e-grocer arm of DiDi, quoted in the Chinese business publication Caixin, “The entire market was burning at least 10 billion yuan ($1.57 billion) every month.” In June 2021, startups Dingdong and MissFresh filed to go public in the United States on the same day, racing to be the first Chinese publicly traded online grocery company. 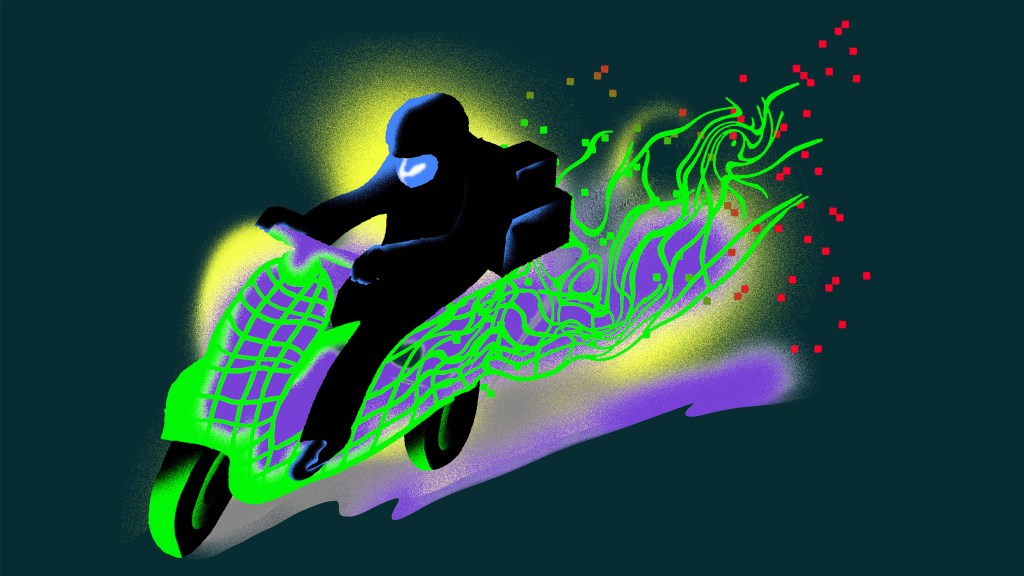 But things started to take a downturn last year. Despite the hype and money, these companies struggled to make a profit as lockdowns eased and people simply went back to shopping in person. What’s worse, they were caught in China’s new fight against antitrust behavior. The Chinese government was quick to impose fines and pen editorials questioning the value of the industry.

As a result, the once-promising startups and big tech companies decided to cut back on their expansion plans, implement massive layoffs, or outright file for bankruptcy. DiDi and Ele.me, two successful tech companies that bet on online grocery as their new growth driver, decided to shut down those services. At least two more online grocery startups have closed their businesses in the last year.

The latest lockdowns are giving the industry a second chance. With other Chinese cities like Beijing and Hangzhou also facing imminent lockdowns, millions of people are once again downloading these apps and relying on them on a daily basis. In fact, Dingdong’s app rose to third place in the App Store’s free app chart in China in the beginning of April.

While the luckier Shanghai residents may receive one-off free grocery packages from their employers or local governments, most people, like Song, needed to figure out a way to buy their own groceries. Some residents formed neighborhood groups through messaging apps, collecting everyone’s order and bulk-buying directly from nearby farms or food factories.

But Song soon realized that buying groceries with all her neighbors means she didn’t get to make her own choices. She lives in an older residential neighborhood where over three-fourths of the people are seniors or families with children. While her neighbors are placing family-size orders for things like five pounds of pork, such purchases would take her forever to consume.

The only other option for her, then, is the grocery apps. She frantically refreshes Dingdong, Hema, and Meituan Maicai every day to get a slot.

But with the lockdown interrupting the supply chain for many goods, including groceries, even placing an order on those apps requires luck and dedication. Like Black Friday shoppers waiting to bust the store doors open, Shanghai residents are swarming onto the apps at the designated time to try to buy as much as they can before the stocks run out in seconds. It can be stressful and frustrating.

Li, a consultant in Shanghai who’s only using her surname because she wishes to stay anonymous, also got up early every morning for a week to try her luck with half a dozen different apps. But during the lockdown, she didn’t secure one successful order, while her mother, living under the same roof, managed to get three. There was one time when Li put hundreds of RMB worth of groceries into the shopping cart—yet when she came to the payment stage, the only thing left in stock was a bag of candies.

“Because of the explosive increase in Shanghai users’ demand, the purchase experience will certainly be different from how it was in ordinary times. The success rate for placing orders will be low,” the grocery app Dingdong said in an emailed response to MIT Technology Review. “In this situation, our product principle is to prioritize impartiality.” The company says that’s why it restocks at the same time every day and approves a random portion of the orders each time.

How the industry deals with these issues may determine what it looks like when life goes back to normal. Can it retain these new consumers once people are able to go to their nearby grocery stores again? It’s hard to say, but investors are no longer as optimistic as they were in 2020, and users are likely split.

Song says she will keep apps like Dingdong and JD on her phone, because she’s thankful that they have kept her and other people fed during a scary time.

Li, the other Shanghai resident, thinks differently. “It is still my second choice. I’m only shopping on them because I can’t in any other way,” she says. “After the pandemic, I’m sure I won’t use them anymore.”