Last summer, a special subcommittee of the US Senate met remotely to weigh the benefits of launching a central-bank digital currency, or CBDC—something that could, if optimally designed, transform the US financial system, making it more accessible to more citizens. For senators staring intently at their laptops, this was basically the first day of digital-currency school. And to introduce them to this highly technical world, the first witness that Senator Elizabeth Warren called was MIT Digital Currency Initiative director Neha Narula.

Narula had only five minutes to explain what could be gained by reimagining US currency—and what could go wrong. She’d never provided Senate testimony before. “I went into it a little bit blind,” she says.

But there was a reason Narula had been chosen to start the session. In the years since her 2016 TED talk on the future of money, which has reached 2.5 million viewers, she’s gained a reputation globally for remarkably clear communication about incredibly complex and politically charged ideas in digital currency. She’s emerged as a neutral, trusted source of knowledge about financial technologies that very few people genuinely understand.

Narula was able to help senators quickly learn not only how digital currency works today, but also how it could be redesigned to better address concerns around ethics, privacy, security, equity, and innovation. She knows that ultimately it will be policymakers who decide whether and how to build a CBDC, and her goal is to make sure they know the trade-offs that will come with every decision. For example, she told senators that “two-tier” CBDCs, which require a commercial bank account and function the same way electronic payments work today, could be less financially inclusive and harder to continually improve than another much-discussed design that the DCI likens to creating digital cash. While that approach would necessitate new technology, it doesn’t require that users have a commercial bank account, making it potentially more accessible to the approximately 7 million people nationwide who do not.

“We had never really been able to make digital payments without an intermediary in the middle before.”

Narula was introduced to the digital-currency world after finishing her PhD studies on databases and distributed systems at MIT in 2015. She had been taking a few months off to figure out where she wanted to go with her research, knowing she wanted to get involved in building technology to address problems affecting people’s everyday lives. During this break, she spent a lot of time hanging out with friends who had gotten interested in Bitcoin. It was attracting plenty of attention on campus: in 2014 Jeremy Rubin, then an MIT student, helped raise half a million dollars to AirDrop $100 in Bitcoin each to more than 3,000 undergrads.

Narula says Rubin hoped his experiment would get more people interested in researching Bitcoin, but she didn’t pay much attention. Then her friends told her that Bitcoin was having trouble scaling—the system was struggling to process a growing number of transactions. Narula had spent a lot of time considering how to scale systems. Suddenly she was obsessively reading not just about Bitcoin but also about the technology of money in general and how it works in the world of central banks, fractional reserve banking, payment systems, and credit cards. She saw an opportunity to solve a real problem by helping reinvent how money changes hands.

“We had never really been able to make digital payments without an intermediary in the middle before,” Narula says. “This was the first time that that was happening, and it was happening with a really interesting technology.”

Narula got into Bitcoin right at the start of the “blocksize war,” a period from 2015 to 2017 when people started fighting for control over Bitcoin protocols as the cryptocurrency’s user base grew and limitations were placed on transaction size.

“These worlds are very different, the cryptocurrency world and the central-banking world.”

Partly in response to that battle, Rubin cofounded DCI with former White House Office of Science and Technology Policy advisor Brian Forde. Forde became DCI’s first director and started building a team focused on Bitcoin security. Narula joined as director of research in 2016, and though she’d initially been ambivalent about Bitcoin, she quickly became one of the world’s most respected authorities on it. Within a year, Forde stepped back and Narula took control. She’s been DCI’s director ever since.

These days, once or twice weekly, Narula visits the DCI corner offices on the MIT Media Lab’s third floor, where there’s a giant light-up Bitcoin sign that marks the research DCI was founded to do. Bitcoin security—and the insights it can provide about other cryptocurrencies—remains a DCI priority. But Narula has extended the initiative’s scope, with pilot projects on a variety of new types of digital currencies. One of DCI’s biggest undertakings yet is Project Hamilton, a multiyear research collaboration between DCI and the Federal Reserve of Boston that is exploring the technical challenges of designing a CBDC. 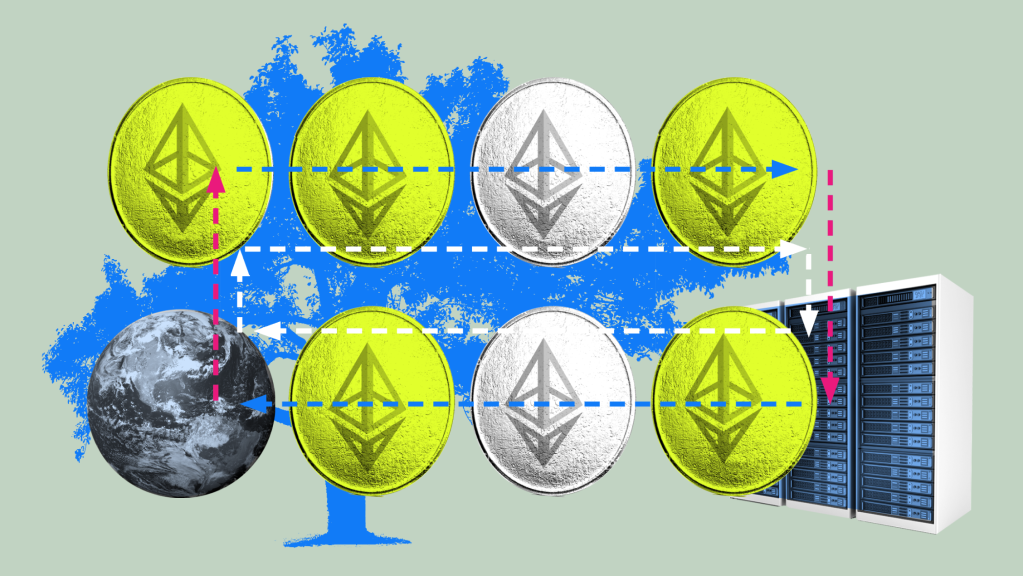 This new line of research has introduced some conflict at DCI; after all, many researchers there are interested in cryptocurrency because it eliminates the need for banks or government monetary bodies. But Narula has found a way to bring crypto enthusiasts to the table with central bankers to talk about what lessons Bitcoin might hold for the design of a bank-backed digital currency.

Narula sees DCI as neutral territory. “These worlds are very different, the cryptocurrency world and the central-banking world,” she says. “We see ourselves in part like a bridge.”

When Frank first started researching digital currency, in 2018, she felt cryptocurrency had become too toxic and worried that the technology might not be salvageable. “It’s going so far in the wrong direction,” she recalls thinking.

But Narula told Frank that cryptocurrency still had untapped potential, and that much of its toxicity sprang from a widespread failure to predict the most-negative outcomes amidst its hasty evolution. Narula says we are now dealing with what we’ve wrought through this inadequate planning but that we can use what we learn from crypto’s mistakes to design new digital currencies that can serve people better.

Narula says Bitcoin research helps her team answer fundamental questions about other kinds of cryptocurrencies as well as CBDCs. It should be possible to design a CBDC to work for “those who are often the most disadvantaged” by the current monetary system, she says. Properly implemented, it could help cut the red tape around social support programs or eliminate fees that people without bank accounts must often pay to access their cash.

Earlier this year, Project Hamilton debuted its design for a speedy payment processor that can handle 1.7 million transactions per second, seemingly paving the way for the US to launch a CBDC. Then, in March, President Joseph Biden issued an executive order to ramp up CBDC research, a bid to keep America ahead of other countries in the financial technology race.

Biden expects a technical evaluation of what will be needed to design a CBDC to come out by September, and Project Hamilton will inform that policy. The US isn’t the only country turning to DCI; Narula says the group recently began advising other countries on CBDCs as well. There are still unanswered questions when it comes to adopting them, she adds.

Narula’s top concern for any new digital currency—be it a CBDC or a cryptocurrency—is to ensure that it protects user privacy. She is watching what happens with China’s CBDC, which has already been used to conduct billions of dollars in transactions. Experts have noted that China could eventually link it up to the country’s social credit system (which uses citizens’ financial data to score their trustworthiness), cautioning that this could vastly increase social monitoring in that country and allow the government new levels of control. It might even be able to deny citizens access to their own money in response to their social media posts.

No one knows how it will all play out. But Narula plans to be there, by the glowing Bitcoin sign in the DCI office, to help navigate this new future. “We want to understand the implications of different technology designs,” she says, because ready or not, “money is really changing.”

Ashley Belanger is a freelance science journalist based in Chicago.