Psychedelic drugs have long been touted as possible treatments for mental-health disorders like depression and PTSD. But very little is really known about what these substances actually do to our brains—and it can be hard to find out. Understanding how they work could help unlock their potential.

Some scientists are using AI to figure it out. Researchers at McGill University in Montreal are among those using natural language processing—the technique that allows voice assistants or search engines to work — to study written “trip reports” of drug users’ experiences. The work could shed light on how hallucinogens trigger specific mental states, whether that be euphoria, anxiety, or a sense of being at one with the world.

Danilo Bzdok, who co-led the research, hopes it will aid in the design of new drugs for mental health disorders. “It’s the largest study [of its kind] on psychedelics of all time,” he says.

Randomized clinical trials, which involve giving some participants a drug, others a placebo, and comparing the effects of both, are considered the gold standard in such studies.

But such trials are slow and expensive, and tend to involve only a small number of participants. “[It takes] multiple years, costs a seven-digit amount of money, [and] the ethics approvals take forever,” says Bzdok. 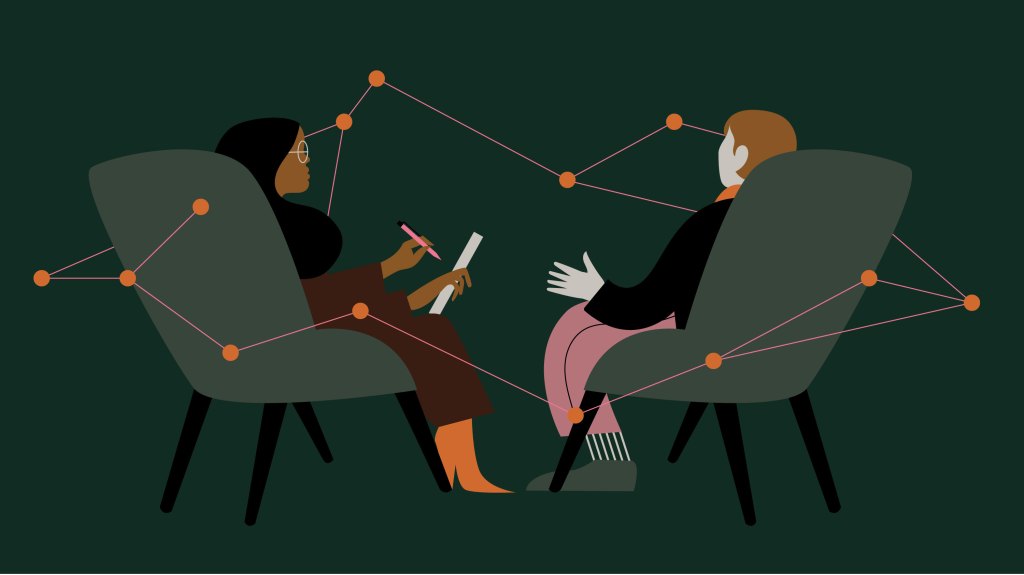 Instead, he and his colleagues at SUNY Downstate Health Sciences University in New York City and the Broad Institute of MIT and Harvard in Cambridge, Massachusetts, used natural language processing to assess 6,850 written accounts of hallucinogenic drug use. Each account was written by a person who took one of 27 drugs—including ketamine, MDMA, LSD and psilocin—in a real-world setting rather than as part of a lab-based experiment. The accounts were accessed from the website of Erowid, a member-supported drug information organization.

The team then integrated this data with records of which receptors in the brain each drug is known to interact with. Together, these steps allow the team to identify which neurotransmitter receptors are linked to words associated with specific drug experiences.

For example, words linked to mystical experiences, such as “space,” “universe,” “consciousness,” “dimension,” and “breakthrough” were associated with drugs that bind to specific dopamine, serotonin, and opioid receptors.

Bzdok says the approach could provide new starting points for drug development. In theory, drugs that are designed to target these receptors should elicit specific aspects of psychedelic drug experiences, says Bzdok, whose work was published today in the journal Science Advances.

Frederick Barrett, a psychedelics neuroscientist at Johns Hopkins University in Baltimore, isn’t wholly convinced. “Folks don’t always know [what drug they’re taking],” he says. “Doses are not always well calibrated in the real world, and there’s a lot more variation that goes into real-world experiences than it may be possible to even fully recognize.”

Bzdok’s approach is similar to that taken by MindState Design Labs, a biotech company aiming to identify drugs that trigger beneficial mental states. The company’s ultimate goal is the development of new treatments for mental-health disorders. “I think it’s a great paper,” says Dillan DiNardo, company CEO. But the company’s approach will focus more on individual receptors rather than groups of receptors, he says.

The problem is that no one really knows which aspects of psychedelic experiences are beneficial to mental health. A clinical trial published last year, for example, suggested that MDMA was useful for some people with severe PTSD. But that doesn’t mean that people who take MDMA recreationally will be protected from developing the disorder.

And while it’s intuitive to think that drug experiences rich in positive emotions will help people feel better, some people find that experiencing negative emotions like anxiety and grief help them confront their trauma, says Barrett.

The use of trip reports is valuable, and complements traditional work, he says. But he adds that “anything generated from this analysis would still have to be validated and verified within carefully controlled clinical trials or other experiments.”

Correction: This article has been updated to reflect the contributions of all study authors.