In 2020 malaria sickened 241 million people and killed roughly 627,000. In sub-Saharan Africa, where 95% of cases and deaths took place, children under five accounted for 80% of the fatalities.

The numbers are horrifying—but there is finally a reason for optimism. Last October, the World Health Organization approved GlaxoSmithKline’s malaria vaccine, known as RTS,S or Mosquirix. It’s the world’s first vaccine for the deadly disease, which is spread to people through the bites of female Anopheles mosquitoes infected with the Plasmodium parasite. Meanwhile, BioNTech, the German biotech company that teamed with Pfizer to develop a covid-19 vaccine based on mRNA, is aiming to begin clinical trials of a malaria vaccine in 2022. The tide may finally be turning.

The WHO’s approval paves the way for a massive rollout of Mosquirix across Africa. It’s also the first vaccine for any type of parasite, marking a watershed in the fight against not just malaria but scores of other tropical diseases. By some estimates, more than 2 billion people are currently infected with parasitic worms. And though treatments exist for many of the cases, microbiologists have been trying in vain for years to develop vaccines that would prevent infection or reinfection. The success of the malaria vaccine proves it’s possible.

Parasites, tiny multicelled animals, have genomes 500 to 1,000 times larger than those of most viruses and single-celled pathogens. This allows them to mutate in myriad ways when challenged by an immune response. Malaria, in particular, is a master of disguise. In the later stages of its life cycle, it can display any one of 60 different proteins on its surface, switching them up as needed to evade the immune system’s detection.

“We’re basically dealing with evolution’s greatest hit—these things know us better than we know ourselves,” says Photini Sinnis, deputy director of the Johns Hopkins Malaria Research Institute. “They have figured out how to do what they need to do. And they have a large enough genome that they can really manipulate our immune system so that they can succeed in living in us.”

In fact, the new malaria vaccine, which has been in testing since 1987, is not particularly effective. In a pilot implementation involving more than 800,000 children in Kenya, Malawi, and Ghana, it had an efficacy of just 50% in preventing severe malaria in the first year, and its effectiveness dropped dramatically over time. (By contrast a three-dose regimen of the polio vaccine is 99% effective in preventing infection.) It is relatively impotent once the parasite has established a foothold in the body’s blood cells, so the vaccine must neutralize it soon after infection.

Still, scientists believe they have found a regimen that will make its use worthwhile. It requires three doses between the ages of five months and 17 months, and a fourth dose given 12 to 15 months after the third dose. One clinical trial showed that when combined with existing malaria control measures, which include insecticide-­treated bed nets and preventative drugs administered during rainy season, the regimen could reduce malaria deaths by around 70%, compared with children who had only received existing preventative drugs.

For decades, vaccinations typically worked by exposing people to a weak or inactivated version of a pathogen—one strong enough to ring alarm bells in the immune system and cause the body to build defenses against it, but not strong enough to make someone sick.

Early efforts to take this approach with the malaria parasite were hampered by the difficulty of growing the parasite in a lab and a number of other logistical problems, says Sinnis. In the 1980s researchers began to explore what was then a wholly new approach to a malaria vaccine—one that wouldn’t need the whole parasite but just a small portion of it.

Scientists first identified the proteins present on the malaria parasite’s surface right after it enters the human body—targets that the immune system could recognize and attack. In order to enhance the immune response, they discovered, it would be necessary to add additional ingredients.

Choosing these extra immune-stimulating components, known as adjuvants, and merging them with the malaria proteins constituted a scientific challenge. To guard against autoimmune diseases and even allergies, some immunologists suggest, the human immune system has multiple safety mechanisms aimed at preventing it from needlessly attacking irrelevant or harmless proteins.

In the 1990s, a team from the Walter Reed Army Institute of Research in Washington, DC, and SmithKline Beecham Biologicals, a company that would eventually become part of GlaxoSmithKline, came up with an unusual concoction. The Mosquirix vaccine has copies of a single protein that dots the surface of the parasite in its early life stages; the protein is fused to a hepatitis B surface antigen. This is then combined with adjuvants, including a substance extracted from the bark of a rare Chilean tree and a detoxified lipid molecule taken from salmonella bacteria—a component normally so toxic it causes the immune system to go “wacko,” according to Sinnis. (Other parts of the Mosquirix mix remain proprietary.)

This strange brew seemed to do the trick.

In 1997, in a study on a small number of people that was published in the New England Journal of Medicine, a research team including scientists from Walter Reed and GSK demonstrated that the vaccine protected six of seven volunteers who were exposed to the parasite after receiving it. The results were encouraging, but it took another decade to test the vaccine’s safety in children and to confirm its efficacy in young children in areas of the world where malaria was endemic; it wasn’t until 2009 that a human trial began in roughly 15,000 children in seven African countries.

The data from that trial, which ended in 2014, showed that the vaccine was effective. But a small percentage of girls who received it developed bacterial meningitis, and independent of that, there was also a tiny rise in the total number of girls who died of other causes. Though these numbers fell below the level of statistical significance, some worried that more of the problems would be seen if the vaccine was deployed on a massive scale across sub-Saharan Africa.

European regulatory authorities provided a “positive scientific opinion,” suggesting they were satisfied that the vaccine should be approved by the World Health Organization, which many of the world’s largest philanthropic organizations look to for guidance before agreeing to finance mass vaccination efforts. WHO officials requested both more evidence of its benefits and a better assessment of how feasible it would be to get a multiple-shot vaccine regimen to communities across sub-Saharan Africa, which lacks the medical and transportation infrastructure seen in many developed nations.

The result was the pilot in Kenya, Malawi, and Ghana, which began in 2019 and involved a four-dose schedule in children five months and older. The massive scope of the project dispelled any doubts about safety. Severe malaria was reduced by 30% overall, and the program demonstrated that the inoculation plan could easily utilize the public health infrastructure already in place for vaccinations against other childhood diseases, like measles.

Harvard’s Wirth and others say the approval of Mosquirix has sent a powerful signal to the investors and foundations most scientists rely upon to finance the hunt for even more effective vaccines against malaria and other parasitic diseases. And there are signs of early scientific success.

For example, Jeffrey Bethony and David Diemert, microbiologists at George Washington University in Washington, DC, have developed a vaccine currently in phase II trials in Uganda that uses the same techniques to target proteins found on the outer surface of the worms that cause schistosomiasis, a chronic parasitic disease that currently infects roughly 190 million people around the globe and is particularly common in sub-Saharan Africa (the worms can also cause anemia, stunting, and a reduced ability to learn in children).

Meanwhile, the success of mRNA vaccines for covid-19 could be a good omen for the new malaria shot being developed by BioNTech. Like the company’s covid vaccine, this malaria vaccine exposes the body to synthetic pieces of messenger RNA, single-stranded molecules that are taken up by human cells and prompt the molecular machinery inside to begin churning out custom-designed, entirely harmless copies of proteins found on the surface of the pathogen. These harmless proteins then trigger alarms in the immune system, causing it to raise an army of protective immune cells capable of recognizing and defending against the real thing.

“It’s clear that there certainly is room to improve upon the [GSK] vaccine,” says Robert Seder, chief of the cellular immunology section at the NIH’s National Institute of Allergy and Infectious Diseases and an expert on vaccines and malaria. “The goal is for vaccines to have a higher level of protection over the first several years of life.” 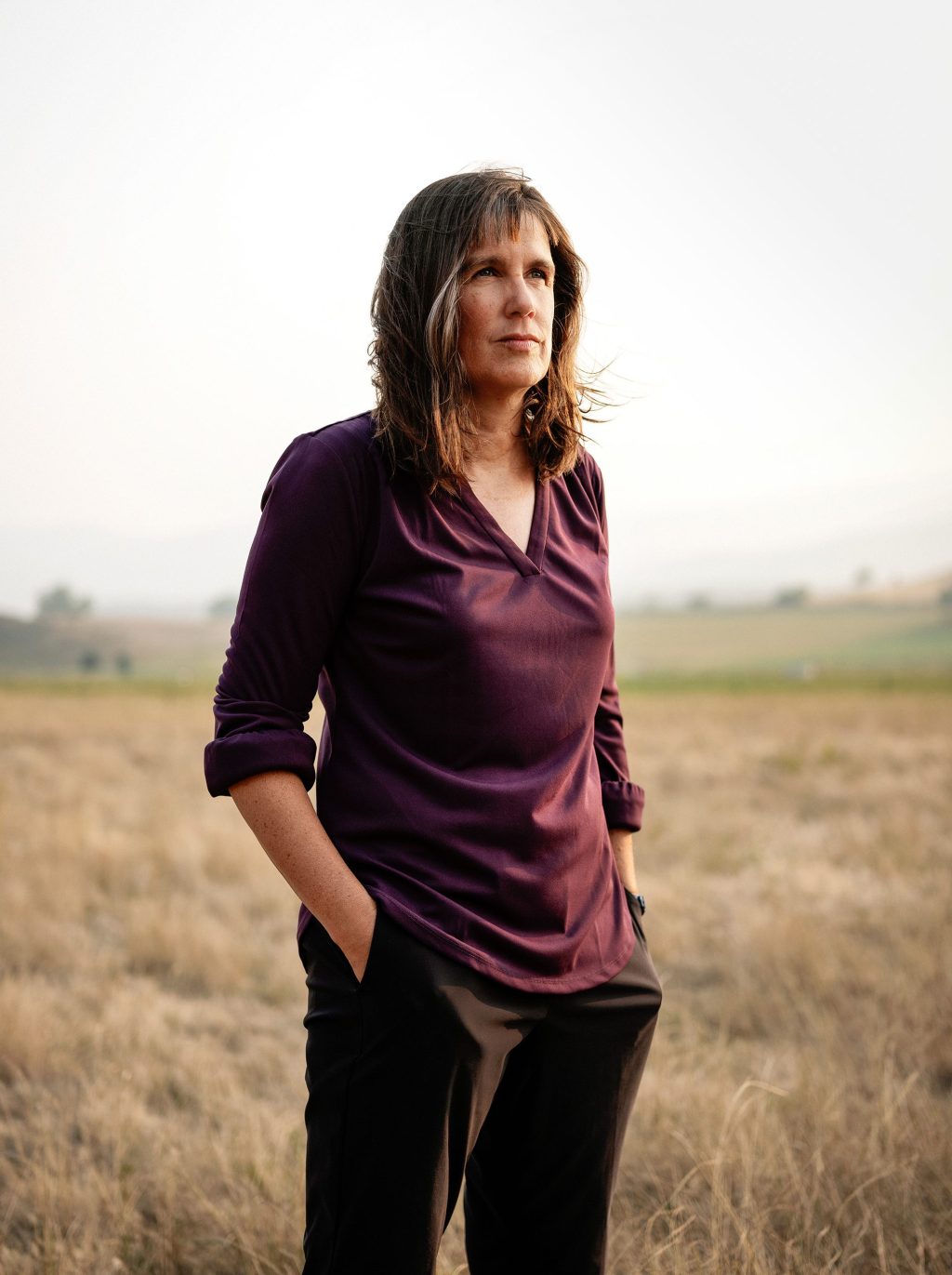 An interview with a virus-hunter

There are probably many zoonotic diseases that we don’t know about. Here’s someone whose job is to find them.

That’s a particular challenge since the malaria parasite has several different life stages, each of which looks different to the immune system.

In its initial infectious stage, multiple copies of the parasite are injected into the skin by mosquitoes, enter the blood vessels, and travel to the liver, where a small percentage manage to take up residence in the cells. Once inside, the parasites begin to divide before moving into blood cells, where they feast on hemoglobin. Replicating exponentially, they ultimately cause the blood cell to rupture, releasing an army capable of infecting many more blood cells.

It’s the immature stage that the new GSK vaccine takes aim at. But once it’s in the blood cells, the parasite has evolved for maximum survival.

Defeating malaria won’t be easy, especially in those later periods of the parasite’s life cycle. But as the tools of modern molecular biology get better, there’s finally a reason to believe this ingenious parasite that has caused us so much human suffering won’t be able to hide from us forever.