On January 14, federal prosecutors recommended that the US Department of Justice dismiss all three charges against MIT nanotechnology professor Gang Chen, ending a two-year ordeal stemming from accusations that he hid funding from Chinese entities on grant disclosure forms.

Chen had pleaded not guilty to all charges, while his employer had indicated that the funding in question was for the university, rather than for Chen personally. MIT is paying his legal fees. The university declined to comment on a pending court case. (MIT Technology Review is funded by MIT, but is editorially independent.)

Chen was one of the most prominent scientists charged under the China Initiative, a federal effort launched in 2018 to counter economic espionage and national security threats from the People’s Republic of China. Despite these aims, an investigation by MIT Technology Review found that the China Initiative has increasingly focused on “research integrity” violations, like Chen’s, rather than on trade-secret theft.

Research integrity cases center on students and academics who have been accused of failing to fully disclose relationships with Chinese entities, primarily on grant or visa forms.

Chen’s problems began in January 2020, as he was returning to the United States from a university-backed trip to China with other MIT faculty and students. Detained and questioned at Boston Logan International Airport, he was released after his phone and computer were confiscated. 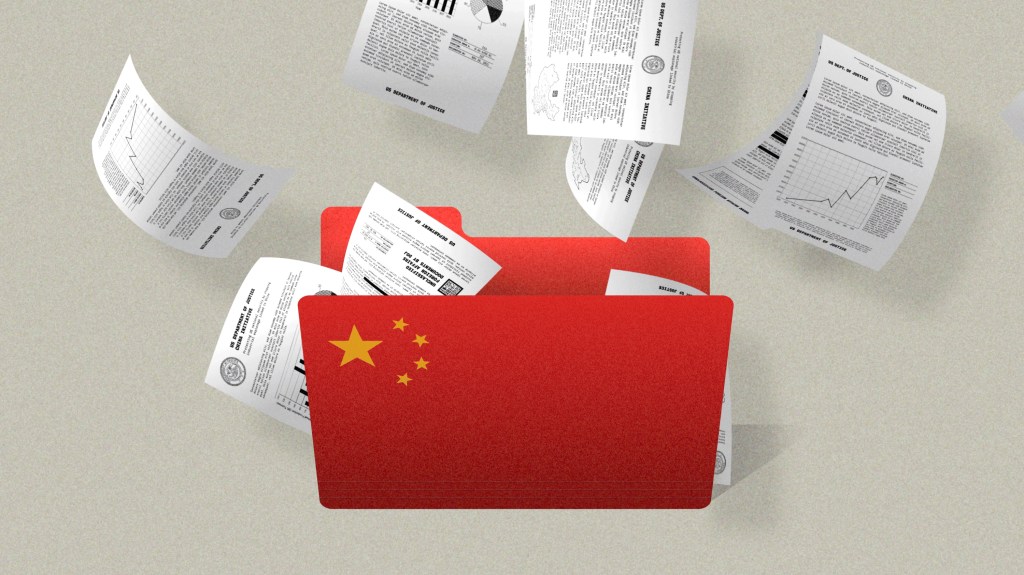 A year later, Chen was arrested on suspicion of federal grant fraud and publicly accused of disloyalty to the US—a charge typically leveled in espionage cases, not grant fraud, as Chen’s defense team pointed out in its attempt to formally sanction the US Attorney’s Office for the statement. Chen was ultimately charged with three counts of wire fraud, false statements, and failure to file a report on a foreign bank account.

But the heart of the case was whether the nanotechnologist had disclosed contracts, appointments, and awards from entities in the People’s Republic of China, including a Chinese talent program, and more than $19 million in funding from the Chinese government, while receiving federal grant funding from the Department of Energy.

That question became less important when a Department of Energy official confirmed that grant requirements in 2017, when Chen submitted his application, had not stipulated that he must disclose posts in China, but that disclosure would not have affected his grants, as the Wall Street Journal first reported.

The money at the centerpiece of the fraud allegations—$25 million—was intended for MIT to support a new collaborative research center at China’s Southern University of Science and Technology, rather than Chen individually. “While Professor Chen is its inaugural MIT faculty director, this is not an individual collaboration; it is a departmental one, supported by the Institute,” MIT president Rafael Reif explained in a letter to the MIT community last year.

Chen’s case received widespread attention because he is one of the most prominent scientists charged under the initiative. MIT faculty members wrote an open letter supporting the scholar that also reflected the broader concerns of the academic community about the criminalization of standard academic activity. “In many respects, the complaint against Gang Chen is a complaint against all of us, an affront to any citizen who values science and the scientific enterprise,” they wrote.

With the charges against Chen all but certain to be dismissed, six more research integrity cases remain pending. Four are scheduled to go to trial this spring. Meanwhile, an increasing number of disparate critics, including scientific associations, civil rights organizations, lawmakers, and even former officials involved in shaping the program, have been calling for an end to the program, or at least to its targeting of academics.

The Justice Department is “reviewing our approach to countering threats posed by the PRC government,” department spokesman Wyn Hornbuckle told MIT Technology Review in an email. “We anticipate completing the review and providing additional information in the coming weeks." He referred questions about Chen's case to the US Attorney’s Office in Boston, which has not yet responded to a request for comment.

Meanwhile, on January 4 the White House Office of Science and Technology Policy published updated guidance on strengthening protections for American research and development against foreign interference, which included additional details on disclosure requirements for principal investigators.

As for Chen, “he is looking forward to resolving the criminal matter as soon as possible,” his attorney, Robert Fisher, told MIT Technology Review.