When Ahsan Rehman graduated from one of Pakistan’s top engineering universities in 2016, he knew he wanted a job that would help people. He did not have to look far for ideas. At his home in Karachi, his family often went days without getting any water from the city’s pipes. Initially, they had dug a well, boring into the aquifer that runs beneath the city. When that began drying up, they turned to the city’s system of water delivery trucks to supplement their supply. Ultimately, his family chose to dig an even deeper well, knowing as they did so that if everyone around them did the same thing, the city’s groundwater supply would be further imperiled. “This is like a competition where eventually everyone loses,” Rehman says. “I personally feel really bad that I have to do this, but I don’t have a choice.”

Pakistan is consistently listed as one of the countries most at risk from a water crisis. Rain falls more heavily there than it once did but not as often, a situation that makes replenishing groundwater reserves difficult. Hotter temperatures are increasing evaporation and creating thirstier crops. Eventually, snowmelt and glacier melt—two important sources of water for the country—will dwindle to a trickle.

But Pakistan isn’t facing a water problem purely because of climate change. Water conservationists say a mix of resource mismanagement, groundwater depletion, and inadequate water storage have pushed the system to a precarious point.

Nowhere is that more apparent than in Karachi, Pakistan’s most populous city, which has a daily water shortfall of hundreds of millions of gallons. Despite that, water is consistently underpriced: usage isn’t metered, and many sources are unregulated.

Worried about the future of water in the city, Rehman started working for AquaAgro, a tech startup formed in 2016. The company’s premise was simple: use data to help farmers make better choices about irrigation schedules. Their device, which included a solar-powered box and a thumb-size soil meter, could monitor weather conditions like temperature, humidity, and pressure and measure the soil’s moisture content. The data was all uploaded to a portal, and farmers then received mobile alerts informing them when to water their crops.

At AquaAgro’s pilot farms, crop yields increased by 35% and water usage reduced by 50%. But when Rehman and his colleagues reached out to farmers about their product, they found few were interested. “It wasn’t a viable financial model,” Rehman says. “Because the price of water was so cheap, farmers weren’t motivated in cutting down their water consumption.”

“This is like a competition where eventually everyone loses.”

But water is no longer the abundant resource it used to be. Farms around the Karachi area that relied on groundwater to grow their crops now use everything from sewage streams to water trucks to stolen surface water. Karachi’s primary water utility company complains that a large amount of the city’s water is stolen from a 3,200-­kilometer canal system that distributes water from a lake about two hours outside the city. “There’s a general perception that there is unauthorized use of water ... by farms, theme parks, and people in informal settlements, among others,” says Farhan Anwar, a Karachi-based urban planner. But, he adds, “documentation is hard to find.”

Rehman hoped that AquaAgro could help with Karachi’s water crisis. If farms around the city used less water, perhaps there would be some left over for his children, and his children’s children. But by the end of 2019, the team at AquaAgro had concluded that their product might never be profitable. Their funding streams had dried up, and they disbanded soon after.

The team’s ideas haven’t been forgotten, though. Crop2X, a startup that grew in the same incubator as AquaAgro, is also working on data-driven ways to help farmers modernize. The company uses sensors and satellite imagery to help them identify which parcels of land aren’t operating at their maximum yield. “We’ve been able to use the satellite imagery to help identify pests and reduce the amount of fertilizer that’s being used,” says Laeeq Uz Zaman, the founder and CEO. “Those are things that are valuable for farmers.” 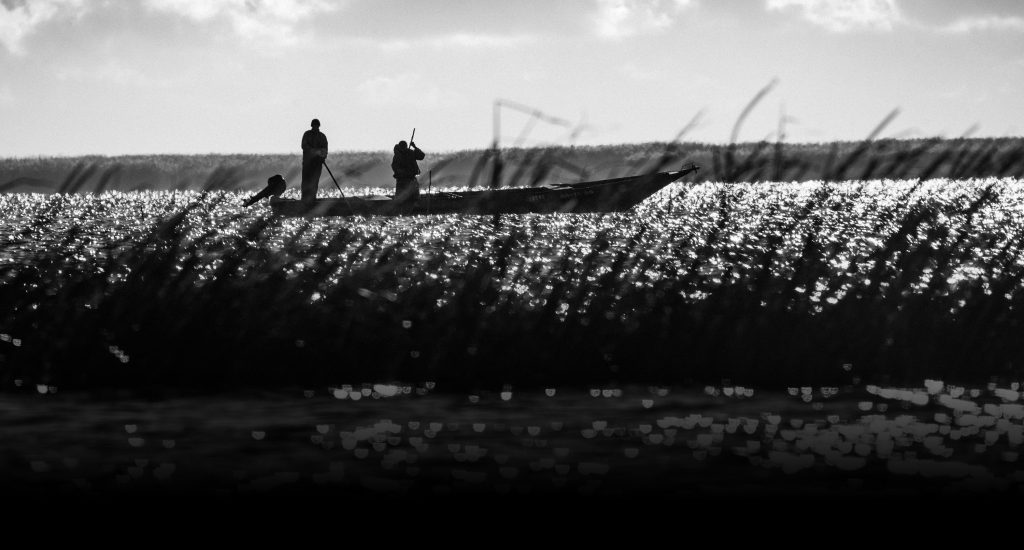 The Soviets turned the Volga River into a machine. Then the machine broke.

Too many dams have made Russia's most important river dysfunctional. Here's how the mother river can be fixed.

Uz Zaman hopes he can pull off a bait-and-switch: if he convinces farmers to buy in to a product they want—one that would help them reduce spending on fertilizer—perhaps they will eventually incorporate water-reduction strategies as well. In its weekly reports to clients, Crop2X includes water prescriptions, in part building on the data-based program AquaAgro developed.

The company’s general approach seems to be working for now. Currently, it has more than 1,500 acres of farmland using its services and it’s targeting 4,000 acres by 2025. The startup has started rolling out pilot programs at large corporate farms, hoping owners will see the utility of its methods. Still, Uz Zaman says, the major obstacle to its plan is the average farmer, who doubts that less water could ever result in more crops.

Mariya Karimjee is a freelance writer living and working in Karachi, Pakistan.